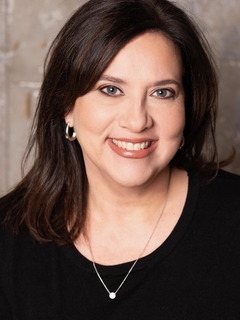 Margaret Comeaux is Vice President of Production, Music & Events for CMT. She serves as executive producer in charge of the brand’s top-rated marquee music events, television programming and development including: CMT Music Awards, CMT Artists of the Year, CMT Crossroads, and CMT’s “Let Freedom Sing!” Fourth of July Celebration, among many others.

With over 20+ years in television and events, Margaret is a true leader and juggernaut in televised music production. For two decades, she has pushed boundaries and continued to reinvent the most revered stages in country music by creating new, inventive ways to showcase up-and-coming and established music talent. She is the force behind CMT’s top-rated annual award shows - CMT Artists of the Year and CMT Music Awards - and is responsible for building CMT’s revered series, CMT Crossroads and continuing to elevate it to new heights. Her out-of-the box thinking, meticulous planning and affinity for one-of-a-kind specials that promote talent across genres are her greatest strengths. From producing sold-out shows at Bridgestone Arena to the annual live tapings of CMT Crossroads in front of thousands of fans on Broadway, Margaret’s work has resonated throughout Music Row, delighted audiences nationwide and always leaves top music talent itching to return to CMT stages year after year

In 2019, Margaret celebrated her 20th year producing CMT Artists of the Year and CMT Music Awards, which delivered two of the biggest years in both ratings and viral moments. She has spearheaded all 70+ episodes of CMT’s critically-acclaimed music series, CMT Crossroads, which just marked its 70th episode taping in November with Kelsea Ballerini and Halsey. The episode is slated to be one of the biggest shows of the franchise when it airs this March. Past episodes have showcased dream musical partnerships including Ray Charles and Travis Tritt; Bon Jovi and Sugarland; Kelly Clarkson and Reba McEntire; Def Leppard and Taylor Swift; Sting and Vince Gill; John Mayer and Keith Urban; Steven Tyler and Carrie Underwood; Stevie Nicks and Lady Antebellum; Katy Perry and Kacey Musgraves; Alicia Keys and Maren Morris to name a few.