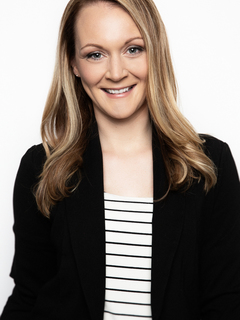 As Vice President of Program Planning, Tessa Jordan leads CMT’s programming teams and is responsible for the channel’s scheduling and analysis process to ensure continued growth of CMT’s programming slate. Her role includes oversight of acquisition strategies, as well as distribution across digital extensions.

Within six months of joining CMT in 2016, Jordan developed and executed a highly successful programming strategy resulting in three years of ratings growth.

With Viacom since 2006, Jordan previously served as Director of Nickelodeon Brand and Content Management for Viacom International in New York, where she oversaw the acquisitions and content strategy and served as a liaison for more than 50 Nickelodeon channels in over 160 countries.

Honored for her work both in the industry and community, Jordan’s accolades include the 2014 Viacommunity Award Recipient for her work with Achilles International, an organization that inspires people with disabilities in athletics. She is a graduate of Harvard Business School’s Cable Executive Management program, Women In Cable Television’s Rising Leaders Program, was named WE TV/Ladies Home Journal Volunteer of the Year in 2011, and was recently selected to participate in.

Jordan earned her bachelor’s degree at Otterbein College in Ohio.