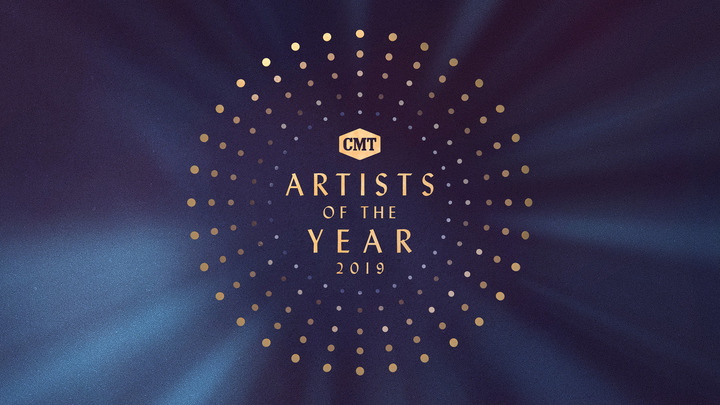 Ashley McBryde and Reba McEntire Celebrated By Their Peers

Dan + Shay jump-started the evening with their performance of award-winning, mega-hit, “Tequila.” Multi-media personality and American Idol mentor Bobby Bones officially welcomed the crowd, and introduced pop songstress Tori Kelly, who earlier this year, collaborated with the Dan + Shay on their hit, “Speechless.” Kelly presented the duo with their first-ever “Artists of the Year” award.

Actor Johnny Galecki (Big Bang Theory) then introduced first-time honoree Luke Combs, who expressed his gratitude for his award in a special taped acceptance video. Chrissy Metz (This Is Us) graced the CMT stage for the very first time to perform an emotional rendition of Combs’ latest single, “Even Though I’m Leaving” on his behalf.

Actor Lonnie Chavis (This Is Us) introduced special guest Chris Young, who performed his moving song, “Drowning,” on behalf of first-time honoree Kane Brown. Young penned the song after the death of one of his close friends, and performed it in honor of Brown’s friend and drummer, Kenny Dixon, who tragically passed away last week. Overcome with emotion, Brown tearfully expressed his gratitude to his fans for their support, both now and throughout his career.

Kid Rock then took the stage to deliver Ashley McBryde with the “Breakout Artist of the Year” award. McBryde performed her newest single, “One Night Standards,” for the first time ever on television, and took a moment during her acceptance to savor her recent successes and acknowledged those who’ve stood by her along the way.

Five-time honoree Carrie Underwood stormed the stage in Cleveland, Ohio with a blistering performance of her two hits “Two Black Cadillacs” and “Blown Away,” live via satellite from her Cry Pretty Tour 360. Underwood’s tourmates Maddie & Tae, introduced her performance and then presented her with her “Artists of the Year” trophy in front of tens of thousands of fans.

Lauren Akins shared sweet sentiments for husband and second-time honoree Thomas Rhett ahead of his standout performance of “Dream You Never Had,” marking the television debut of the song. Upon accepting his award, Rhett brought the show to a halt to recognize the sense of loss and grief Kane Brown and the music community now shared and proceeded to lead the audience in prayer.

Super group Lady Antebellum took the stage to honor the one-and-only Reba McEntire with a performance of McEntire’s hit, “Is There Life Out There.” Vince Gill then presented his ‘friend of a lifetime’ with the CMT “Artist of a Lifetime” award. Visibly moved by Gill’s introduction and the room’s standing ovation, McEntire reflected upon the ‘inspiring night,’ from her humble beginnings playing in smokey honky tonks to the countless times she’s reinvented herself as an entertainer. Sam Hunt then surprised the room with the evening’s finale - a rocking performance of the ever popular song, “Fancy,” as a second tribute to McEntire.

“CMT Artists of the Year” is executive produced by CMT’s Margaret Comeaux and Switched On Entertainment’s John Hamlin; the Executives in Charge of Production are Jackie Barba and Heather D. Graffagnino.