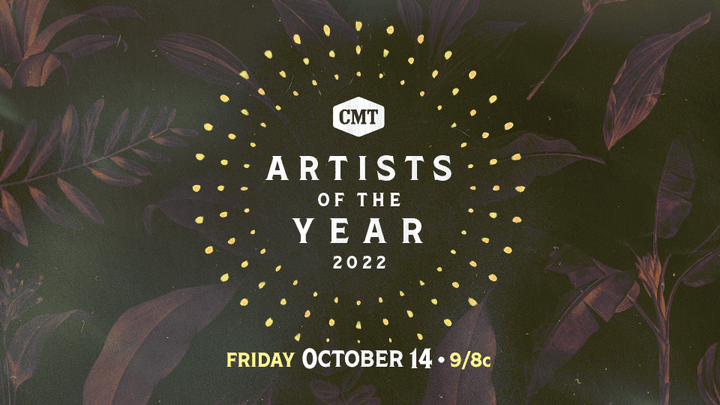 This year’s “CMT ARTISTS OF THE YEAR” recognizes three first-time honorees: Carly Pearce, Cody Johnson and Walker Hayes for outstanding achievements; Kane Brown and Luke Combs will each be honored for the third time (2019, 2021 & 2022).

Margaret Comeaux, CMT’s Senior Vice President of Production, Music & Events notes: “We are honored to recognize the astounding achievements of this illustrious group of artists over the past year. Carly, Cody, Kane, Luke and Walker all represent the vibrant future of the country music format, as they defy convention and blaze new trails, breaking industry records and genre barriers. We can’t wait to celebrate their extraordinary accomplishments alongside their fellow artists and friends.

Top highlights for the 2022 “CMT ARTISTS OF THE YEAR” honorees include:

The 90-minute special will feature some of music’s biggest stars, who will perform to celebrate Pearce, Johnson, Brown, Combs and Hayes with never-before-seen performances and collaborations, and congratulatory moments. Musical pairings, special guests, additional honorees, performers and presenters will be announced in the coming weeks.

2022 “CMT Artists of the Year” is executive produced by CMT’s Margaret Comeaux and Switched On Entertainment’s John Hamlin. The Executives in Charge of Production are Jackie Barba and Heather D. Graffagnino. Leslie Fram is Executive in Charge of Talent; Shanna Strassberg is Talent Producer.