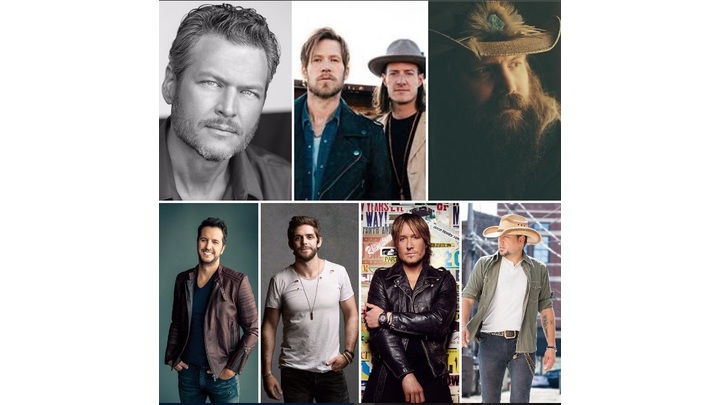 The night will be filled with musical and television firsts. Blake Shelton will be joined by Country Music Hall of Fame members The Oak Ridge Boys for a loud performance of the new song “Doin’ It To A Country Song,” from Shelton’s new album “If I’m Honest.” Playing his current hit single, “Wasted Time,” Keith Urban will be joined by tourmates Brett Eldredge and Maren Morris for a showcase of his “ripCORD World Tour 2016.” Additional performers will be announced at a later date.

Tickets to the “2016 CMT Music Awards” are currently on sale via Ticketmaster.

On the heels of her historic and record-setting sixth “Video of the Year” win last year (her fourth consecutive win), reigning champ, Carrie Underwood, is set to protect her crown against powerhouse first-time nominees Chris Stapleton and Cam, who top nominations for the fan-selected “2016 CMT Music Awards.” With three nominations each, including “Video of the Year,” they will face off in top categories against superstars Blake Shelton, Brothers Osborne, Florida Georgia Line, Keith Urban, Kelsea Ballerini, Little Big Town, Luke Bryan, Maren Morris, Old Dominion, Sam Hunt and Thomas Rhett, who each garnered two nominations.

Fans can vote now via CMT.com determine the winners for “Video of the Year”. Voting will continue until Monday, June 6 at 12:01 AM. On Wednesday, June 1, CMT will announce a brand-new surprise awards category.

Last year’s “CMT Music Awards” once again earned its title as the loudest in country music garnering nearly 17 million cumulative viewers for the premiere and subsequent airings, according to Nielsen. #CMTawards trended worldwide on Twitter from the start of the live telecast and throughout, and the show ranked as the #1 most social telecast of the day with over 18 million impressions according to Nielsen Twitter TV ratings. The awards ranked as the #2 most social non-sports telecast of the week and CMT.com saw double-digit gains for “CMT Music Awards” content, with unique visitors up +33% from the prior year.