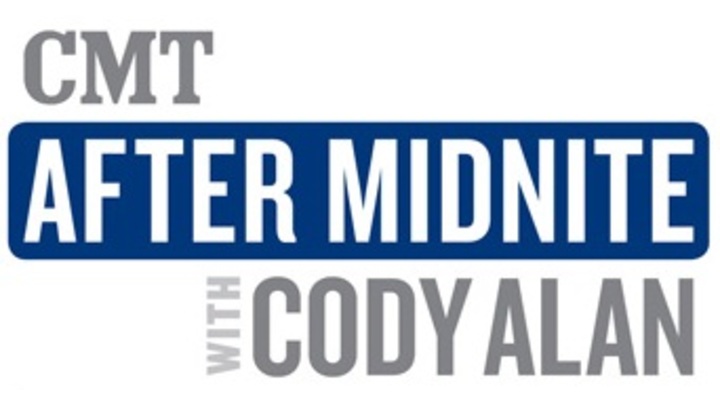 “CMT AFTER MIDNITE WITH CODY ALAN” TO HOST ‘BIG GAME’ AFTER PARTY CONCERT WITH BIG & RICH AND CHASE BRYANT ON SUNDAY, FEBRUARY 1

CMT Partners with Premiere Networks and Phoenix Station 102. 5 KNIX for “CMT After MidNite After Party” in Scottsdale, Ariz.


NASHVILLE – January 21, 2015 – For fans that couldn’t get a seat at the Big Game, CMT has partnered with Premiere Networks and Phoenix-based iHeartMedia radio station 102.5 KNIX, The Valley’s New Country Leader, for an unofficial post-game concert featuring country-rockers Big & Rich and Chase Bryant on Sunday, February 1. Hosted by CMT’s Cody Alan, the CMT AFTER MIDNITE AFTER PARTY will follow a viewing party at Dierks Bentley’s Scottsdale restaurant, Dierks Bentley’s Whiskey Row. Tickets are on sale now at Dierkswhiskeyrow.com with a portion of the proceeds going to Notes for Notes, a non-profit organization which builds, equips and staffs after-school recording studios for youth around the country.

“No matter who wins the game, we’re going to throw down with Big & Rich, Chase and our partners, 102.5 KNIX. I hope this is the first of many After Party gigs for CMT After MidNite,” said Cody Alan, CMT Host. “I’m also honored to shed light on Notes for Notes, a meaningful charity that introduces kids to music.”

CMT AFTER MIDNITE WITH CODY ALAN is nationally syndicated by Premiere Networks and broadcasts live from CMT’s Nashville studio, reaching more than two million weekly listeners on more than 220 radio stations across the country. The long-running syndicated show provides fans with 360-degree coverage of the music they love, including the latest in new music, interviews and performances, straight from Nashville.

Big & Rich is comprised of Big Kenny and NBC’s The Celebrity Apprentice winner John Rich. The multi-platinum hit duo have garnered multiple GRAMMY, ACM, CMA and CMT Music Award nominations and were nominated as the 2014 ACM Vocal Duo of the Year. The first single, “Look At You,” from their newly released studio album, Gravity broke the Top 10 on the country chart in November. Their current single, "Run Away With You" is now hitting radio airwaves. The country superstars' first studio album, Horse of a Different Color, includes their hit infectious single, “Save a Horse (Ride a Cowboy).” Other hits include, “Comin to Your City,” “8th of November” and their No. 1 hit “Lost in this Moment.” Meanwhile, “Comin to Your City” is nearing a decade as the theme song for ESPN’s College GameDay show.

RED BOW recording artist Chase Bryant’s debut, “Take It On Back,” is a Top 10 hit and one of the fastest rising singles of the past year by a male country artist. The 22 year-old Orange Grove, TX native has earned accolades as an 'artist to watch' from the likes of Rolling Stone, The Huffington Post, People Country, Country Weekly, Teen Vogue, American Songwriter, Pollstar, Billboard, MusicRow Magazine, Bustle, USA Today and more. Bryant joins Tim McGraw’s Shotgun Rider Tour in 2015 and his debut EP is available at digital retailers now. For more on Chase Bryant, visit www.chasebryant.com.

About CMT
CMT, a unit of Viacom Inc. (NASDAQ: VIA, VIAB), is the leading television and digital authority on country music and entertainment, reaching more than 92 million homes in the U.S. CMT and its website, CMT.com, offer an unparalleled mix of music, news, live concerts and series and is the top resource for country music on demand. The network’s digital platforms include the 24-hour music channel, CMT Pure Country, CMT Mobile and CMT VOD.

About Notes for Notes
Notes for Notes is a nonprofit organization which builds, equips and staffs after-school recording studios packed with guitars, drums, keys/synths, DJ gear, digital music stations and full recording studios. The full recording studios offer youth free access to explore, create and record music in cities across the U.S. Currently, Notes for Notes has six studios in Santa Barbara, Nashville and Los Angeles, with additional studios coming soon to Brooklyn, San Francisco, Detroit, Austin and Atlanta thanks to the CMA Foundation. Notes for Notes focuses on music and the positive bonds it forms, and serves as a catalyst for driving positive change and exposing the multitude of careers within the music industry.