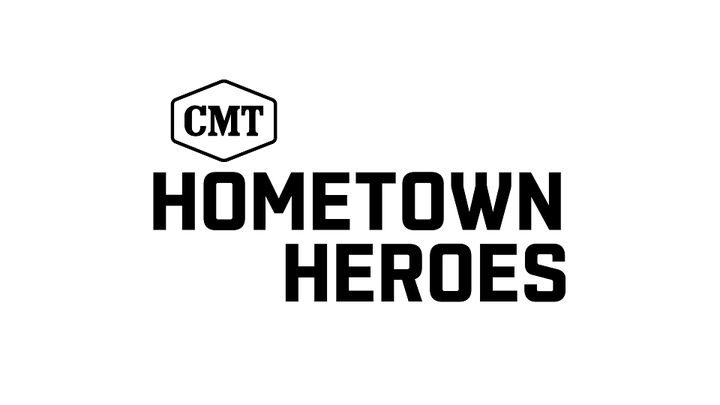 NASHVILLE – February 14, 2017 – CMT and Ram Trucks today announced a brand-new, one-hour special “CMT Hometown Heroes” featuring some of country’s most proficient storytellers Chris Stapleton, Darius Rucker and Brett Eldredge as they make surprise returns to their hometowns to give back and perform for their very own hometown heroes. The special, premiering Friday, March 31 at 10 p.m, ET/PT, features exclusive performances, in-depth interviews and an intimate look into the people and places that shaped each performer from a young age.

Assisted by Ram Nation, the truck brand’s extensive network of grass-roots volunteers, each artist will return to their respective hometowns to roll up their sleeves and make a meaningful difference to the people and places that defined them.

The special will chronicle Grammy award-winner Chris Stapleton's return home to Paintsville, Kentucky last year to surprise his high school alma mater with much-needed improvements for the music program, including the donation of brand new band instruments, as well as Ram Nation volunteers constructing an outside stage where students can perform throughout the year. The special concludes with Stapleton surprising students with a one-of-a-kind salute to his alma mater.

Three-time Grammy-award winner and avid philanthropist Darius Rucker will return to MUSC Children’s Hospital in Charleston, South Carolina, where he spent much of his childhood with his mother who was a nurse. Together with Ram Nation, Rucker will remodel and redecorate the teen room at the hospital before performing a few of his hits for staff and patients.

2014 CMA New Artist of the Year Brett Eldredge kicked off the year with his sixth consecutive No. 1 single, “Wanna Be That Song,” from his sophomore record Illinois.  The breakout artist will travel to the album’s namesake, his small hometown of Paris, Illinois. With the help of Ram Nation, Eldredge will help refurbish Laker Stadium, the baseball fields near where he grew up, and will perform a surprise concert in his beloved high school gymnasium.

Since its launch as a stand-alone division in 2009, the Ram Truck brand has steadily emerged as an industry leader with America’s longest-lasting line of pickups.
Creating a distinct identity for Ram trucks has allowed the brand to concentrate on core customers and the features they find valuable. Whether focusing on a family that uses a Ram 1500 day-in and day-out, a hard-working Ram 3500 Heavy Duty owner or a business that depends on its Ram ProMaster commercial van every day for deliveries, Ram has the truck market covered.
Ram Trucks launched “Ram Nation” as a means of bringing together its owners and dealers for disaster relief and community service initiatives. Since its formation, the grassroots volunteer corps of like-minded people have come together in different U.S. cities for initiatives ranging from helping with flood and tornado relief efforts to delivering food and supplies, to building structures. Truck owners interested in answering future calls to help, whether its mobilizing volunteers to assist in disaster relief efforts or proactive community outreach initiatives, can sign up for Ram Nation at ramtrucks.com/ramnation.

About Chris Stapleton
Chris Stapleton boldly introduced himself to the public at-large in 2015 with the release of his breakthrough debut album, Traveller.

Released in May 2015 on Mercury Records Nashville, Traveller initially debuted at No. 2 on the Billboard Country Albums chart with more than 27,000 albums sold, making it one of the best-selling first weeks by a debut country artist in 2015. The album went on to be the top selling country album of 2016 and is now certified RIAA double platinum. Moreover, the multiple Grammy, CMA and ACM award-winning album continues to receive extensive critical acclaim and has landed Stapleton bookings on multiple national TV shows including appearances on NBC's Saturday Night Live and CBS News’ Sunday Morning.

About Darius Rucker
Capitol Records Nashville recording artist Darius Rucker is back in the studio working on his fifth country album with producer Ross Copperman. The album’s first sampling, “If I Told You,” is currently climbing the charts and follows Rucker’s first four albums - Learn To Live, Charleston, SC 1966, True Believers and Southern Style- that produced seven No. 1 singles, including “Homegrown Honey,” "Wagon Wheel," “Come Back Song,” “This,” “Alright,” “It Won’t Be Like This For Long” and “Don’t Think I Don’t Think About It.” NPR has praised Rucker’s “remarkable voice” with the CMA recognizing him in 2009 with their New Artist Award and in 2012 his dedication to country music led to a lifelong dream coming to fruition: induction into the Grand Ole Opry. His 2013 multi-week No. 1 “Wagon Wheel” won Rucker his third GRAMMY Award, stayed atop the charts for two weeks and was nominated for Song of the Year at the Country Music Association and Academy of Country Music awards.

In 2016, Rucker hosted the seventh consecutive, star-studded Darius Rucker and Friends benefit, a sold-out concert, auction and golf tournament to benefit St. Jude Children’s Research Hospital. The annual event has raised more than $800,000 for St. Jude. On Saturday, January 14, 2017, Rucker was honored at the 28th annual Country Cares for St. Jude Kids® Seminar with the prestigious Randy Owen Angels Among Us Award, which recognizes individuals who have made exceptional and lasting contributions to St. Jude Children’s Research Hospital through their unique commitment and humanitarian spirit. Rucker was surprised during the event with a $50,000 donation to St. Jude, given in his honor from ACM Lifting Lives, in recognition of Rucker’s charitable spirit and work with both St. Jude and the Academy of Country Music’s charitable arm.

In addition to his work with St. Jude, Rucker co-hosts the annual Hootie & The Blowfish Monday After the Masters celebrity pro‐am golf tournament each year in Myrtle Beach, SC.  Tournament proceeds go to the Hootie & The Blowfish Foundation, which benefits the children of South Carolina through education and supporting school music programs nationwide. In 2016 he was named awarded by the National Golf Course Owners Association the Award of Merit winner, given to individuals who have had an impact on golf through charitable donations, awareness and junior tournaments. For more information and tour dates visit www.dariusrucker.com.

About Brett Eldredge
Singer-songwriter Brett Eldredge recently celebrated his sixth consecutive No. 1 single “Wanna Be That Song.” The third single from his sophomore album Illinois, which debuted at No. 1 on the Billboard Country Albums Chart and No. 3 on the Billboard Top 200 Chart upon its release, “Wanna Be That Song” follows Gold-certified mega hits “Drunk On Your Love” and “Lose My Mind.” The 2014 CMA New Artist of the Year co-wrote and co-produced every song on the 12 set disc, which follows on the heels of his 2013 debut album Bring You Back. That album spawned three chart-topping singles including the Platinum-certified “Don’t Ya,” the Gold-certified “Beat of the Music,” which was the most played country song of 2014, and the Gold-certified “Mean To Me.”

Known for his world-class vocals, Eldredge has performed his songs on nearly every major television show in the country, and is set to join Luke Bryan’s “Huntin’, Fishin’ Lovin’ Everyday” Tour.

Eldredge has been involved in a multitude of charities including the CMA Music Teacher of Excellence and Music in the Schools, TJ Martell Foundation and the Alzheimer’s Foundation of America, a disease that has affected his family and was the topic of his first hit, “Raymond.”  For more information, please visit: http://www.bretteldredge.com / facebook.com/bretteldredge / Follow: @bretteldredge