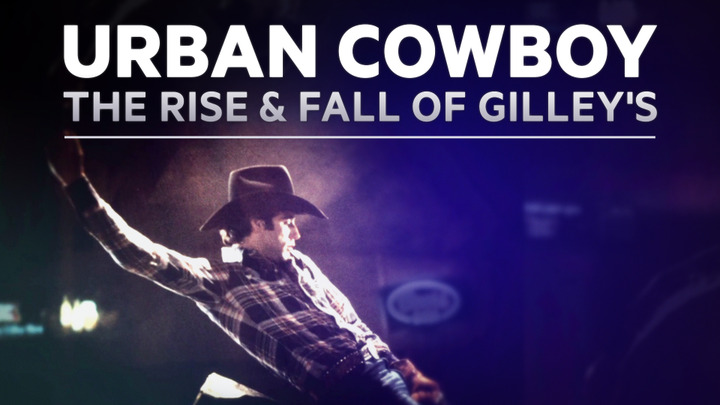 CMT ANNOUNCES 2015 ORIGINAL DOCUMENTARY FILMS INCLUDING “URBAN COWBOY: THE RISE AND FALL OF GILLEY’S” “FREEDOM: THE MOVIE,” AND “JOHNNY CASH: AMERICAN REBEL” AS WELL AS ADDITIONAL TITLES PREMIERING IN 2016

Anniversary of the Iconic Movie “Urban Cowboy,” Discovering What it Means

to be Free in America Today and Honoring The Spirit

of Johnny Cash Through His Timeless Music

Among those Featured in the Documentaries

"CMT has assembled an eclectic mix of award-winning and critically acclaimed filmmakers to develop original documentaries spanning a wide array of subjects that will instantly resonate with our core audience and beyond," said Jayson Dinsmore, EVP Development and Programming, CMT.

Tied to the 35th anniversary of the cult classic, “Urban Cowboy: The Rise and Fall of Gilley’s,” premiering June 13 at 9 pm ET/PT, delves into the phenomenon sparked by the 1980 film – when country music found itself in vogue nationally for the first time in history. The film, from Peabody Award-winning and Emmy nominated producers and directors of the ESPN “30 for 30” film “Pony Excess,” features new interviews with John Travolta, Mickey Gilley and Scott Glenn.

On July 11 CMT will bow “Morgan Spurlock Presents Freedom! The Movie,” at 9 pm ET/PT. The two-hour film from Morgan Spurlock takes a comedic look at independence and what freedom really means to regular Americans.

“Johnny Cash: American Rebel” premiering September 12 at 9 pm, is a celebration of the larger-than-life Johnny Cash through the unique perspective of his most beloved songs. Each of the 10 selections brings to life a chapter in American history from the 1950s to modern day.

Early next year, CMT will premiere “American Bandit: The Birth of Southern Cool,” which tells the inside story of the making of one of the most iconic and influential films of the 1970s, “Smokey & the Bandit” and“Chicken People,” highlighting the diverse and colorful community of competitors from all walks of life as they strive to create grand prize poultry. More titles will be announced at a later date.

Fromthe Peabody Award-winning and Emmy nominated producers and directors of theESPN “30 for 30” film “Pony Excess” which debuted as the highest-rated documentary in network history and the Emmy-nominated “The Marinovich Project,”comes “Urban Cowboy: The Rise and Fall of Gilley’s.” The two-hour documentary delves into the phenomenon sparked by the 1980 film “Urban Cowboy” – when country music found itself in vogue nationally for the first time in history and features new interviews with John Travolta, Mickey Gilley and Scott Glenn. The documentary, which coincides with the 35th anniversary of the release of the iconic film “Urban Cowboy,” tells the boom and bust story of the Texas-sized phenomenon and the honky-tonk that inspired it. “Urban Cowboy: The Rise and Fall of Gilley’s” is produced by ten100 Productions, with John Dorseyand Andrew Stephan as executive producers and John Dorsey as director. Jayson Dinsmore, Lewis Bogach and John Miller-Monzon executive produce for CMT.

From Academy Award and Emmy-nominated filmmaker/executive producer Morgan Spurlock comes “Freedom! The Movie.” This epic two-hour film explores the idea of independence and whether we’re all still truly liberated in today’s America. Equal parts comedic and irreverent, intrepid hero and freedom-loving host comedian Billy Wayne Davis traverses the country on a quest to find Americans exercising their God-given freedoms, no matter the cost. Because freedom isn’t free, even with a Groupon. “Freedom! The Movie” is produced by Warrior Poets,with Morgan Spurlock, Jeremy Chilnick and Ethan Goldman as executive producers. Jayson Dinsmore, Lewis Bogach and John Miller-Monzon executive produce for CMT.

The two hour documentary is a celebration of the larger-than-life Johnny Cash from the unique perspective of the Man in Black’s greatest songs, with the film being built around the 10 greatest Johnny Cash tracks, the “essentials”. Each song brings to life a chapter in the story of America from the 1950s to modern day, as we tour the life of music and artistic expression of one of music’s most storied talents.  Through his music, Cash was ahead of his time in fighting against war, injustice, racism and prejudice. JOHNNY CASH – AMERICAN REBEL will deliver the passion, musicality and messages of Cash’s 10 most iconic songs, recorded over four decades. Combining cinematically filmed original interviews with Johnny Cash’s family and friends including John Carter Cash, Rosanne Cash, Eric Church, Rodney Crowell, Sheryl Crow, Merle Haggard, Johnny Western and Clive Davis, and a broad array of international superstars from the music and entertainment industries, along with a soundtrack of Cash’s most famous songs, archival concert footage, classic photographs, family snapshots and personal artifacts from the Cash family, JOHNNY CASH – AMERICAN REBEL is an epic tribute to this gifted artist, fighter of causes, and legendary entertainer. Derik Murray and Paul Gertz from Network Entertainment executive produce. Jayson Dinsmore, Lewis Bogach and John Miller-Monzon executive produce for CMT.

A buddy movie about a buddy movie, “American Bandit: The Birth of Southern Cool” tells the inside story of the making of one of the most iconic and influential films of the 1970s, “Smokey & the Bandit.”  The documentary explores how two friends, Hal Needham, a legendary stuntman turned first-time director, and Burt Reynolds, the biggest movie star in the world, found blockbuster success with an unlikely story about a truck full of beer, shattered cinematic stereotypes and redefined Southern pride. New interviews include Burt Reynolds, Ron White and Tony Stewart. The two-hour documentary is produced by Jesse Moss & Amanda McBaine. Jayson Dinsmore, Lewis Bogach and John Miller-Monzon executive produce for CMT

Chicken may be just food for most people, but raising the perfect chicken is an all-consuming passion for some. CMT is teaming up with Emmy Award-winning Motto Pictures and Emmy nominated director Nicole Lucas Haimes for CHICKEN PEOPLE, a two-hour documentary takes a charming and fascinating look at the colorful and hugely competitive world of champion show chicken breeders. A real life “Best in Show” but about chickens, the film follows the struggles and triumphs of both humans and their chickens on the road to compete at the Ohio National Poultry Show, considered the Westminster of Chickens. CHICKEN PEOPLE is produced by Motto Pictures and Haimes Film, with Julie Goldman, Caroline Kaplan, Chris Clements, and Terry Leonard producing.  Nicole Lucas Haimes executive produces and Jayson Dinsmore, Lewis Bogach and John Miller-Monzon executive produce for CMT.

For more information on eachfilm visit CMT.com.  Be part of the conversation and follow @CMT on Twitter (will hyperlink)

CMT, a unit of Viacom Inc. (NASDAQ:VIA, VIAB), is the leading television and digital authority on country music and entertainment, reaching more than 92 million homes in the U.S.  CMT, CMT.com and CMT Radio offer an unparalleled mix of music, news, live concerts and series and are the top resource for country music on demand. The network’s digital platforms include the 24-hour music channel, CMT Pure Country, CMT App, CMT Mobile and CMT VOD.