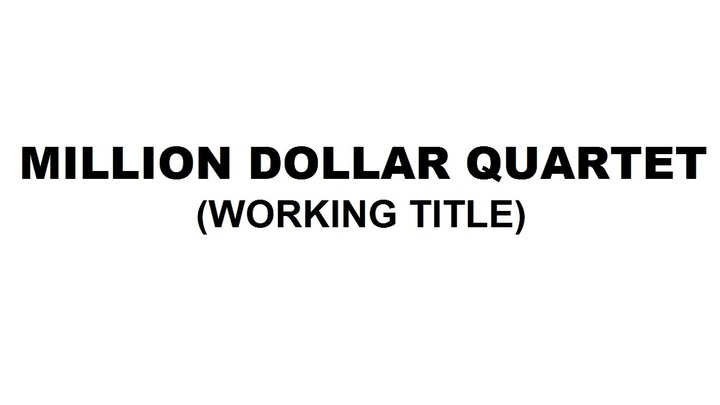 Set in Memphis during the tumultuous early days of the civil rights movement, “Million Dollar Quartet” (working title) tells the untold true story of nothing less than the birth of rock ‘n’ roll. Guided by Sam Phillips, young musicians like Elvis Presley, Johnny Cash, Jerry Lee Lewis and Carl Perkins combined the styles of hillbilly country with the 1950s R&B sound created by artists like Muddy Waters, B.B. King, Fats Domino and Ike Turner, and changed the course of music forever. The series chronicles these young artists’ often jarring and sudden meteoric rise to fame in the face of sweeping political change and social unrest.

“‘Million Dollar Quartet’ will capture the star-crossed Memphis moments which led to the most explosive pop culture movement of the 20th century, the birth of rock ‘n’ roll,” remarked Brian Philips, CMT president. “The characters are all larger than life, so casting is a daunting challenge, but we’re counting on the magic of Memphis to come alive again! This is among our most ambitious projects ever, and we entrust it to a proven epic filmmaker, Leslie Greif.”

“We are thrilled to be working with CMT as they enter the scripted drama arena,” said Leslie Greif, CEO & Founder of Thinkfactory Media. “At Thinkfactory Media, we pride ourselves in finding, developing and delivering products that fit the networks we work with, and ‘Million Dollar Quartet’ is perfectly suited for CMT because of its deep ties to country music and Nashville. The entire Thinkfactory Media team and I are proud to be part of their expansion into rich new territory.”