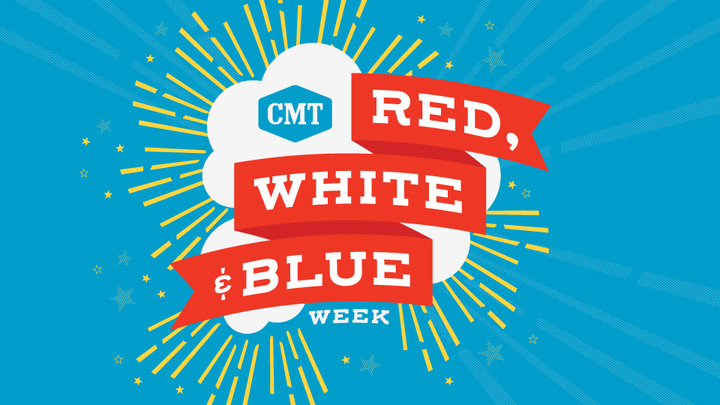 Give Back to Military Families in One-Hour Special, “Hometown Heroes”

NASHVILLE - June 27 – CMT announces a weeklong salute to America with “Red, White and Blue Week” - a variety of popular and patriotic programming surrounding Independence Day. The week will feature movie and TV series marathons of all-time American favorites; a one-hour special featuring country stars and military families in “CMT Hometown Heroes;” and “CMT Let Freedom Sing!” - a live broadcast from downtown Nashville, featuring a concert by country artist Brett Eldredge. The concert will be immediately followed by a commercial-free presentation of one of the largest fireworks displays in the country, the Nashville Convention and Visitors Corp’s (NCVC) live Fourth of July fireworks display, accompanied by the Nashville Symphony. “CMT Let Freedom Sing!” is hosted by CMT’s Cody Alan.

Original programming kicks off on Wednesday, July 3 at 10 pm ET/9 pm CT with “CMT Hometown Heroes”- a one-hour, three-part special featuring heartwarming stories honoring military families. The special begins with the story of an Army Master Sergeant who was injured while serving, and has returned home to his family in Adairsville, Georgia. Faced with a home needing extensive repairs, Operation Homefront, with support of The Home Depot Foundation and ACM award winner Chris Janson, treat the family to a home-makeover and a special acoustic performance of Janson’s unreleased song, “Everybody’s Going Through Something.”

Next, Operation Homefront visits Nashville to join the Nashville Predators Foundation as they host a Star-Spangled baby shower for nearby expectant military wives. ACM New Female Vocalist Nominee RaeLynn, who is also a military wife, surprises the moms-to-be with a heartfelt performance of “Camo,” her poignant penned song that speaks to the often difficult and lonely time spent apart from loved ones while they serve our country.

Rounding out “CMT Hometown Heroes” is the story of Jaxson Jordan, a young 13-year old in Jacksonville, N.C. who, despite his health challenges, spends most of his free time helping his community. In recognition of his service, Jaxson was selected as Operation Homefront’s 2019 Military Child of the Year® for the Marine Corps. As the teen prepares to travel to Washington, D.C. for the awards ceremony, he and his siblings receive a surprise visit from their dad, Marine Corps Master Gunnery Sergeant Christopher Jordan, who returns home from deployment just in time to join the family on their trip. Impressed by Jaxson’s dedication to service, country rocker, Brantley Gilbert, makes an unannounced visit to Jaxson’s hometown to perform for military families in the community and gives the family the opportunity of a lifetime.

“Red, White and Blue Week” continues with the exclusive 90-minute special, “CMT Let Freedom Sing!” on Thursday, July 4 at 10 pm ET/9 pm CT. Fans are treated to a front row seat to one of the biggest Independence Day celebrations in the country, and a concert by hit-maker Brett Eldredge. Eldredge, who recently celebrated his seventh #1 single, kicks off the live event with a one-hour musical set, which is followed by a half-hour, commercial free presentation of the NCVC’s Fourth of July fireworks presentation. The entire 90-minute program will encore immediately following the premiere telecast.

“Let Freedom Sing!”is produced by the Nashville Convention & Visitors Corp for the city of Nashville. This is the 15th annual celebration produced by the NCVC and the 35th in the city. For more information on this fireworks spectacular, visit https://www.visitmusiccity.com/media/press-release/2019/july4th-funfacts.

For more information on “Red, White and Blue Week” and other CMT programming, visit http://www.cmtpress.com/.