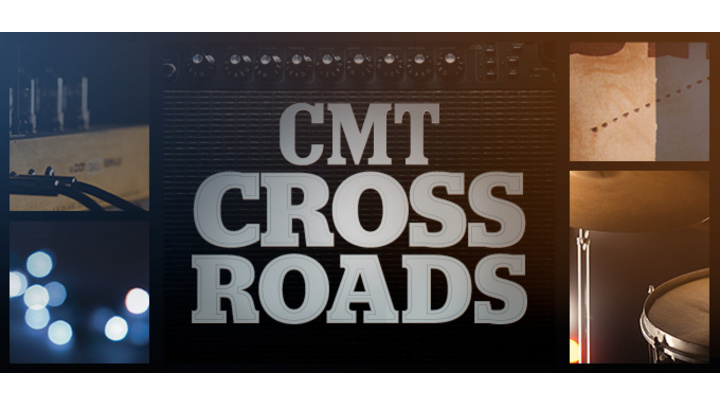 “CMT CROSSROADS” CELEBRATES ITS 70TH EPISODE WITH SUPERSTAR PAIRING OF HALSEY AND KELSEA BALLERINI IN ONE OF ITS LARGEST OUTDOOR TAPINGS EVER ON FRIDAY, OCTOBER 11 IN NASHVILLE

NASHVILLE - October 3, 2019 - CMT has announced the 70th episode taping of its critically-acclaimed music series “CMT Crossroads,” featuring global superstars Halsey & Kelsea Ballerini. The two will take the stage together for the first time ever during a special, open-to-the-public taping of “CMT Crossroads” at the Ascend Amphitheater in downtown Nashville on Friday, October 11. The episode will premiere on CMT in early 2020.

“I feel so fortunate to have a friend like Kelsea. She is a spectacular talent and an even better human being. It’s been an honor to watch from the sidelines as she has trailblazed country music the past few years. Her songs make me laugh and cry and put every single window down in the car,” said Halsey. “The first stage Kelsea and I ever shared together was a 3 foot karaoke dance floor right in Nashville. We’ve sang together in my living room, in her kitchen, in the back seat of cars in drive through lines late at night. And this time we get to get on a real stage, one of the most iconic stages in history, and do the thing we love the most in front of a city that is so dear to both of us.”

“From hearing ‘Colors’ for the first time years ago to her playing the first cut of ‘Without Me’ in my living room last year, I’ve always been a superfan of Halsey. Her songwriting has a way of painting the most beautiful pictures and telling the most emotional of stories, and after becoming fast friends over wine and karaoke nights, I can’t think of anyone I’d rather share the CMT Crossroads stage with. We’re going to bring a little pop, a little country, a big love of songwriting, and no doubt some sass to Nashville next week,” shared Ballerini.

The all-ages show will be general admission; ticketing details to be released in the days prior. For more information, visit Crossroads.CMT.com.

The success of “Without Me” has made Halsey the first and only female artist to have at least three songs chart on the Billboard Hot 100 for 50 weeks each. Rounding out the trio of songs are the 2x Platinum “Eastside,” her collaboration with Benny Blanco and Khalid, and The Chainsmokers’ 10x Platinum “Closer,” which she featured on. “Without Me” spent two weeks at No. 1 on the Hot 100 in early 2019, marking her first solo single to reach the top spot. It now ranks as the longest-running Billboard Hot 100 top 10 hit by a female artist of this century. She is the first artist to rank at Nos. 1 and 2 simultaneously on Billboard's Hot 100 Pop Songs radio airplay chart. In March 2019, Halsey became the first artist in history to replace herself at No. 1 twice on the U.S. Pop Songs Airplay chart when “Without Me” returned to No. 1, bumping “Eastside” from the top spot. “Without Me” is the most-played song of 2019 at U.S. radio.

Since 2015, Halsey has amassed over 23 billion streams worldwide and sold more than nine million adjusted albums globally. She has played sold out dates on five continents (including New York City’s Madison Square Garden), been nominated for a GRAMMY and appeared on a wide variety of magazine covers, including Rolling Stone, Cosmopolitan, NYLON, Forbes, Playboy and Billboard. Her 2015 debut album, BADLANDS, was certified Platinum by the RIAA within one year of its release. Halsey claimed the No. 1 spot on the Billboard 200 with 2017’s Platinum-certified hopeless fountain kingdom, which contained such hits as the 2x Platinum “Now or Never” and the 4x Platinum “Bad at Love.” She featured on BTS’ Platinum hit, “Boy With Luv” and, most recently, alongside Future on “Die for Me,” a track from Post Malone’s new album. She recently won the Hal David Starlight Award, presented by the Songwriters Hall of Fame, plus a VMA and two Teen Choice Awards. Her new single, “Graveyard,” amassed more than 50 million combined global streams in its first two weeks of release. The song was #1 Most Added at Top 40 radio and topped Spotify’s Today’s Top Hits playlist. Halsey celebrated her birthday by sharing a new song, “clementine,” and the accompanying music video. The track is from her new album, Manic, which will be released on January 17, 2020 on Capitol Records.

Halsey continues to push creative boundaries, expanding her influence and impact beyond music. After making her film debut in the animated 2018 summer movie Teen Titans GO! as the voice of Wonder Woman, she was seen in A Star is Born, starring Bradley Cooper and Lady Gaga. She continues to use her voice to speak up for causes she passionately believes in, including disenfranchised youth, women’s rights, mental health and the LGBTQ community. GLAAD honored her in 2018 as “Outstanding Music Artist.”

As an undeniable vocalist, songwriter, and performer, Kelsea Ballerini elevates country for a new era with emotional songcraft, poignant honesty, and classic grace. Her new single “homecoming queen?” is climbing the charts at Country radio and has already earned more than 18 million streams and 2.8 million music video views. Since her gold-certified 2015 full-length debut The First Time, she has consistently made history. By 2019, she became the only female country artist to achieve three consecutive #1 songs from a debut album, notched a total of five number ones with the platinum “Miss Me More,” and the Grand Ole Opry welcomed her as their youngest current member. Not to mention, she garnered two GRAMMY® Award nominations, won two ACM Awards, and took home the iHeartRadio Music Awards honor for “Best New Artist.” 2017’s Unapologetically marked her second Top 5 debut on the Billboard Top 200. With multiple platinum singles, her total streams exceed two billion to date. In addition to touring alongside everyone from Kelly Clarkson to Keith Urban, she ascended to an arena headliner on The Miss Me More Tour. Everything paved the way for her third full-length, which promises to be her most personal yet, expected in 2020 on Black River Entertainment.