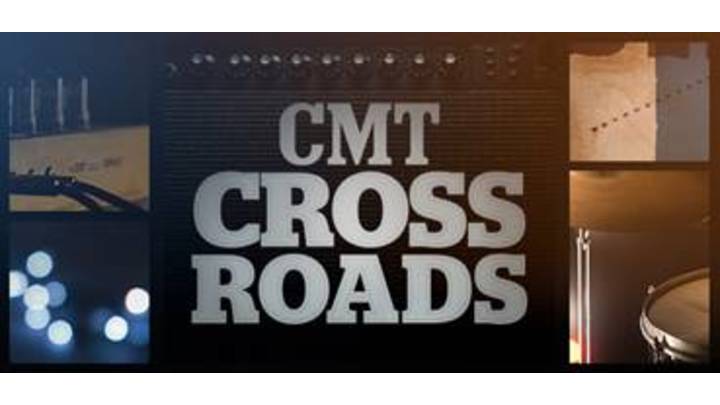 NASHVILLE – December 4, 2019 – GRAMMY-nominated, multi-platinum singer-songwriters Gavin DeGraw and Chris Young team up for the next installment of the critically-acclaimed series “CMT Crossroads,” premiering Friday, December 13 at 10PM ET/PT on CMT. The show was filmed recently in Nashville in front of a standing room-only crowd.

The one-hour special features the artists collaborating on each other’s biggest hits, including DeGraw’s “I Don’t Want to Be,” “Not Over You,” “Soldier,” and “Sweeter,” along with Young’s “Drowning,” “I’m Comin’ Over,” “Raised on Country,” and “Hangin’ On.” The two also cover the Paul McCartney fan-favorite “Maybe I’m Amazed.”

DeGraw shares, “I met Chris at a barroom in Nashville a couple years back and we hit it off right away. He’s a bar guy, like me. We all love country music, and the best thing about country is the feeling of community around it. Chris embodies that sense of community, not only in his music, but in real life as well. That’s why I’m excited to be part of Crossroads with him!”

Young continues, “I’ve been a fan of Gavin’s songwriting and music for a lot of years and we’ve become friends since he’s moved to Nashville so teaming up for Crossroads was pretty much a no-brainer. We had a lot of fun on stage together collaborating on each other’s hits and stretching beyond what people might expect to hear from us.”

Gavin DeGraw is a multi-platinum selling singer, performer and songwriter. He first broke through with the 2003 release of his debut album, Chariot, which sold over 1 million copies, earned platinum certification, and yielded three hit singles: “I Don’t Want To Be,” “Follow Through,” and the title-track, “Chariot.” Gavin’s self-titled second album debuted at No. 1 on the digital sales chart and at No. 7 on Billboard’s Top 200 album chart in 2008, earning Gavin his first Top 10 album. It spawned the hit singles “In Love With A Girl,” which Billboard dubbed “a rocking homerun,” and the gold-certified “We Belong Together.” In 2009, Gavin released Free as a gift to his die-hard fans clamoring for recorded versions of Gavin’s live favorites. His third studio album, Sweeter, was released in September 2011 and produced the smash single, “Not Over You,” co-written with OneRepublic’s Ryan Tedder.  The track reached #1 on the Hot AC charts, was a top 10 hit on Top 40, and was certified double platinum.  In 2013, DeGraw released his fourth studio album, Make A Move, which included the hit song “Best I Ever Had” and garnered rave reviews from such publications as Billboard, People and Entertainment Weekly amongst many others. In addition, Gavin was nominated for his first Grammy for “We Both Know,” the song he co-wrote with Colbie Calliat for the film, “Safe Haven.” Gavin released his fifth studio album Something Worth Saving in September 2016, featuring singles “She Sets the City On Fire” and “Making Love with The Radio On.” Since then he has been consistently touring around the world, including sold out dates with the legendary Billy Joel. For more information visit gavindegraw.com, Facebook.com/gavindegraw, Twitter @gavindegraw  instagram @gavindegraw.

By his 34th birthday, multi-platinum RCA Records Nashville entertainer Chris Young has accumulated an impressive list of accomplishments, including membership in the iconic Grand Ole Opry, 2 Billion on-demand streams, 12 Million singles sold, 11 career No. 1 singles, 17 R.I.A.A. Gold/Platinum/Multi-Platinum certified projects, 2 Grammy nominations, 3 Country Music Association nominations and 4 Academy of Country Music nominations. As a prolific creator, Chris has given fans 7 studio albums in 12 years including Losing Sleep, his third project in less than two years. The title track is certified Platinum while “Hangin’ On” is his ninth No. 1 as a songwriter. Losing Sleep (2017) and I’m Comin’ Over (2015) debuted at No. 1 on Billboard’s Top Country Albums Chart with “I’m Comin’ Over” becoming Young’s first 2x Platinum single.Named “one of his era’s finest traditionalists” by the Associated Press, Chris has quickly become an international ambassador for country music, performing to capacity crowds around the world including the sold-out C2C Festival in the UK. With a hit-packed set that highlights his eleven chart-toppers — including back-to-back No. 1s “Losing Sleep,” “Sober Saturday Night,” “Think Of You,” and “I’m Comin’ Over” — the Grammy and ACM nominated vocalist headlined the Raised On Country World Tour, playing to over 400,000 fans in 3 countries in 2019, including London, Charlotte, Boston, Philadelphia, Dallas, Las Vegas, Indianapolis, St. Louis, Phoenix, San Diego and more. Chris’s newest hits — “Drowning,” “Raised On Country” and “Town Ain’t Big Enough,” featuring Lauren Alaina — will be included on a new album releasing in 2020. For a full list of tour dates and more information, visit chrisyoungcountry.com.

About CMT:
CMT is the leading authority on country music and lifestyle, offering a mix of original series, music events and specials. CMT is everywhere its fans are including two cable channels (CMT and the 24-hour music channel, CMT Music), radio (CMT Radio), digital (CMT App, CMT.com) and social (CMT on Facebook, CMT on Instagram and CMT on Twitter). CMT is a unit of Viacom Inc. (NASDAQ: VIA, VIAB). For more information, please visit CMT Press at cmtpress.com.