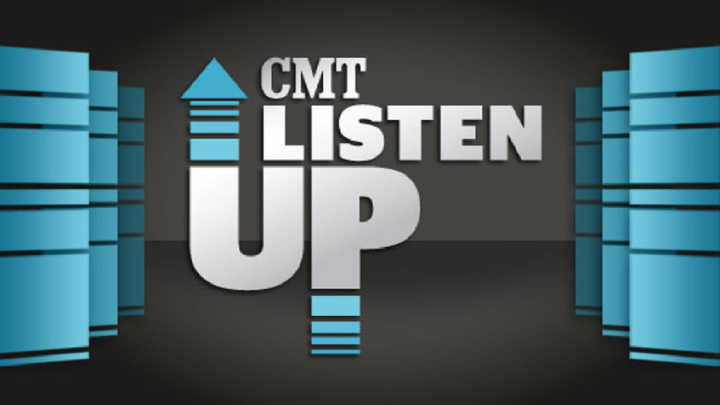 LISTEN UP Franchise Expands Its Reach for Emerging Artists

Additionally, the franchise has expanded to include even more emerging artists than before with a new LISTEN UP Discover campaign launching on CMT Pure, the network’s 24/7 digital all-music channel. Ben Bradford, Caroline Kole, Haley & Michaels, Logan Mize and Ben Rue are among the first to appear in the new campaign starting this week that includes custom on-air and cross-platform promotion to better connect rising and independent artists with a passionate new fan-base.

CMT created LISTEN UP in 2011 as a way to showcase emerging artists online. Since then, the franchise has expanded to take advantage of the network’s broad reach across television, radio and on its social networks. More than 22 artists have been featured, including recent alums Hunter Hayes, Kacey Musgraves, Brett Eldredge, Cassadee Pope, Brantley Gilbert, Lauren Alaina, Charlie Worsham, Jana Kramer, Dustin Lynch, Casey James and Jon Pardi, among others.

About Ballard:
Ballard has launched onto the country music scene with the breakthrough #1, GOLD-certified smash “Helluva Life.” The infectious anthem is featured on his current album SUNSHINE & WHISKEY (Warner Bros. Records), which debuted in the Top 5 on the Billboard Country Albums Chart and captures the rising newcomer’s unique blend of blues-infused, country rock. Produced by Marshall Altman (Mark Broussard), Ballard played guitar on every track on the project including his latest Top 20-and-climbing hit “Sunshine & Whiskey.” The Battle Creek, Michigan native will launch his first headline run nationwide this fall - LIGHT ‘EM UP TOUR - as part of the exclusive Live Nation Ones To Watch with Skype tour that taps today’s hottest emerging artists. Kicking off October 19 in Minneapolis, MN, the dynamic tour will stop in 19-cities across the country. His dynamic live show has caught the eye of many headliners, including Kenny Chesney, Taylor Swift, Jake Owen, Rascal Flatts and longtime idol Bob Seger, who have previously tapped him for coveted opening slots. Ballard has appeared on TBS’ Conan, NBC’s TODAY Show and CBS’ Late Late Show with Craig Ferguson. He first captured the national spotlight with hits – “Tell Me You Get Lonely” and “A Buncha Girls.” For tour dates and more, check out FrankieBallard.com.

About Hunt:
MCA Nashville recording artist Hunt is one of country music’s most talked-about young talents. “Leave the Night On,” the lead track off Hunt’s Oct. 27 major label debut album release, MONTEVALLO, is quickly climbing the country radio charts after becoming the highest-debuting new artist single in the history of Country Aircheck. Hunt, a Georgia-native with roots in country music and influences from pop, folk and R&B, recently made his Grand Ole Opry debut alongside Carrie Underwood, Craig Morgan, Trace Adkins and more. Additionally, he has been tapped for this year’s CMT On Tour: Up in Smoke Tour with Kip Moore and Charlie Worsham. Also an accomplished songwriter, Hunt has written songs for some of country music’s biggest stars including Kenny Chesney’s No. 1 smash “Come Over,” Billy Currington’s latest No. 1 “We Are Tonight” and Keith Urban’s “Cop Car.” For music, images, tour dates and more on Sam Hunt, visit www.SamHunt.com.

About Sundy Best:
Sundy Best’s unique sound is based around Kris Bentley’s cajon and Nick Jamerson’s guitar playing and powerful vocals. Captivating crowds wherever they go, the duo has recently been featured in Paste Magazine, Country Weekly, New York Times and four times in Rolling Stone magazine.Sundy Best released their RS Fields produced debut on eOne Entertainment in March which includes 15 tracks all written or co-written by the duo. Bring Up The Sun, has sparked a lot of attention on the popular Sirius XM station “The Highway” as well as a string of top videos on CMT, GAC and various other video outlets. They have over 1 million views already on their YouTube channel and a full tour schedule traversing the US and Canada.With over 200 tour dates and a fast growing Kin Folk Movement fan base from social media and year round touring- 2014 looks to be a break out year for Sundy Best.