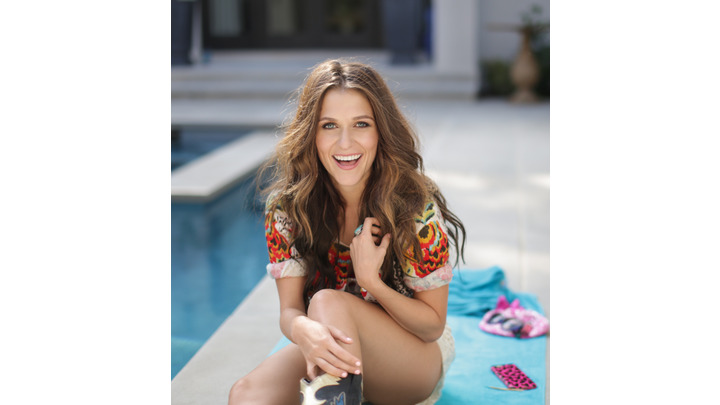 Cole to Headline 10 Community College Events throughout the Year

NASHVILLE – April 21, 2016 – CMT has named emerging artist, Courtney Cole, as the new spokesperson for its CMT Empowering Education campaign. The national campaign, now in its fourth year, encourages CMT viewers to pursue a postsecondary education no matter their age or circumstance. Cole is not a new face to the campaign, having kicked off the very first event for CMT at Hazard Community and Technical College in Hazard, Ky. The country star returns to headline 10 events this year at partner community colleges across the country, helping raise awareness about the resources available for potential students interested in earning degrees and certificates.

“I’m excited to partner with CMT on their Empowering Education initiative,” said Cole, a recent graduate of Belmont University. “Music and education are a powerful combination. Having the opportunity to meet students and hear their stories is something I’m looking forward to!”

Cole’s first stop for CMT Empowering Education is scheduled at Northeast State Community College in Blountville, Tenn. on April 22. In collaboration with the American Association of Community Colleges (AACC), her tour will cover 10 of the 25 partner colleges in 2016 across the United States. Additional events to include the following schools (dates/times to be announced):

CMT first announced the community college initiative in 2014 at the Clinton Global Initiative-America meeting, and experienced early success working with the AACC to host local events, bringing star-power and helping to put a face on education by highlighting success stories of students in each community. The Hazard, Ky., event marked the first of the grassroots activities encouraging community members to pursue education, and the school subsequently added additional programs to accommodate increased demand.

CMT Empowering Education is a comprehensive educational campaign that provides both an online resource, www.CMTEmpoweringEducation.com, and on the ground support to aid prospective students in overcoming the most commonly perceived obstacles to furthering education. The initiative is founded on education research and insights through a partnership between Viacom and the Bill & Melinda Gates Foundation. Advising partners for the CMT Empowering Education campaign include Achieving the Dream, the Association of Career and Technical Education, The Bill & Melinda Gates Foundation, the Center for Workforce and Economic Development at the American Association of Community Colleges, the National Skills Coalition and Skills for America's Future (the Aspen Institute).

Courtney Cole is introducing her unique brand of fun-filled, energetic sound to fans with her new self-titled EP, now available on iTunes and Spotify. Her latest single, “Ladylike”, co-written with Shane McAnally and Jimmy Robbins, has been added to Spotify’s New Bootsplaylist. After being named a Spotify Spotlight Artist and one of Huffington Post’s Country Artists to Watch in 2015, Courtney ended last year with a bang as the opening act on Miranda Lambert’s Roadside Bars & Pink Guitars Tour.

With a new publishing deal at Warner/Chappell and named one of CMT’s Next Women of Country, Courtney is only just getting started. Gearing up in 2016 to hit the road opening for acts such as Kenny Chesney, Miranda Lambert, and Thomas Rhett, she is bringing her hometown spirit of New Orleans into her music, her empowering lyrics and her live show. Check out Courtney at CourtneyColeMusic.com, Facebook, Twitter, & Instagram.