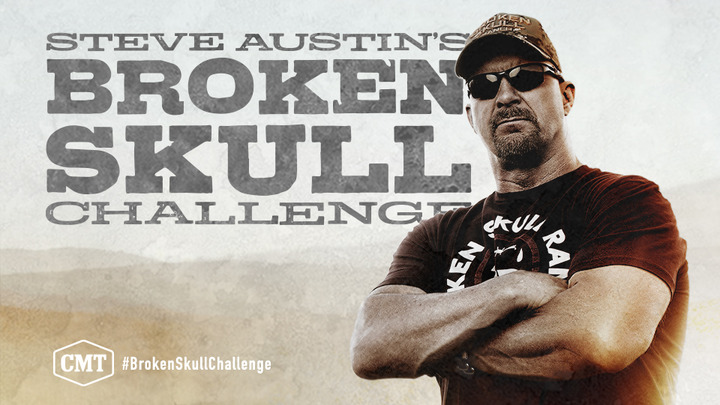 The return comes on the heels of strong growth for CMT, which just notched its highest-rated fiscal 3rd quarter since 2014 with 14% year-over-year growth among Adults 18-49.Furthermore, CMT has posted 35 consecutive weeks of year-over-year growth with Adults 18-49.Competitively for fiscal 3rd quarter, CMT ranks as the fastest growing Top 50 (non-news) channel with Women 18-49.

“CMT is having a tremendous year and Steve Austin is an invaluable part of our continued growth and success,” said Frank Tanki, General Manager of CMT and TV Land. “ Broken Skull Challenge is a fan-favorite powerhouse and a principal component of our hit unscripted slate. This is the most hard-hitting season yet and I admire the grit and resolve of our competitors to take on Steve and his Skullbuster obstacle course.”

This season, a new set of America’s toughest individuals tackle the one and only Steve Austin’s Broken Skull Ranch. Each week, “Steve Austin’s Broken Skull Challenge” will feature world-renowned athletes and everyday heroes facing off against each other - and the desert heat –in a series of intense challenges with only one advancing to the dreaded “Skullbuster,” personally designed by Austin.