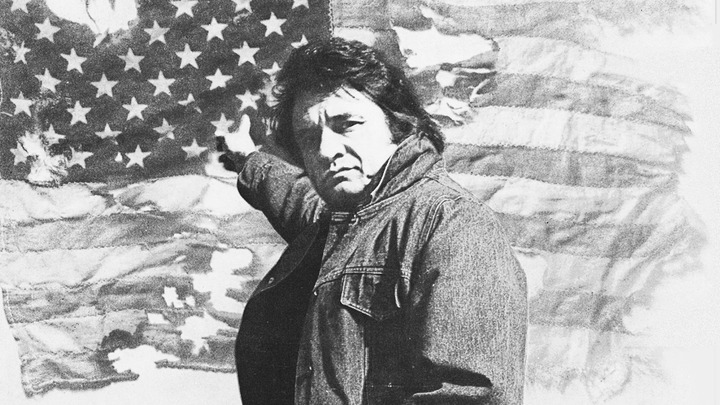 CMT TO CELEBRATE LIFE AND ARTISTRY OF JOHNNY CASH
IN NEW UNPRECEDENTED ORIGINAL DOCUMENTARY “JOHNNY CASH: AMERICAN REBEL”
CAPTURING THE MAN IN BLACK’S LIFE STORY THROUGH A SOUNDTRACK OF HIS MOST ICONIC SONGS

To Premiere on Anniversary of Cash’s Passing on Saturday, September 12 at 9 pm

“Johnny Cash: American Rebel” is built around 12 essential Johnny Cash tracks spanning four decades that each deliver the passion, musicality and messages against war, injustice, racism and prejudice, including “Folsom Prison Blues,” “Jackson,” “San Quentin,” “Man In Black,” “Sunday Morning Coming Down,” “Ring of Fire,” “Hurt” and more.  Each song illustrates a chapter in his life, as well the story of an ever-changing America from the 1950s to modern day, as told through interviews, archival concert footage, photographs and personal artifacts from the Cash family.

"Country music to me is not beer drinking, you done me wrong, darling, I’m going to bust your head kinda songs. It does have a social conscience. My songs do. It’s the music of the people, so it’s got to point out from time to time some of the problems of the people.”

“The way he related to an audience and who he was on stage, was his best self. He had an intimate relationship with his audience and he worked out a lot of his problems under the spotlight.” – Rosanne Cash

“There were so many different facets to him, such an undefinable depth to his character. You could see it in his eyes and it brought on mystery, and it brought on a need for, perhaps, understanding him in a deeper way and this is part of the appeal of who the man was.” – John Carter Cash

“I’ve always felt like Johnny Cash was such a great influencer on my life. He is the one who changed my life. If I hadn’t shook hands with him backstage at the Opry, back when I was still in the army, I’d have never got out of the army.” – Kris Kristofferson

To see a sneak peek of “Johnny Cash: American Rebel,” click on the trailer here.

“Johnny Cash: American Rebel” marks the latest in a series of original documentaries from CMT. The first, “Urban Cowboy: The Rise and Fall of Gilley’s” premiered to critical acclaim has been seen by more than 9 million viewers.  Over 5 million viewers tuned in for “Morgan Spurlock’s Freedom: The Movie, which premiered last month.

For more photos visit cmptress.com.  Be part of the conversation and follow @CMT  and @CMTpress on Twitter.