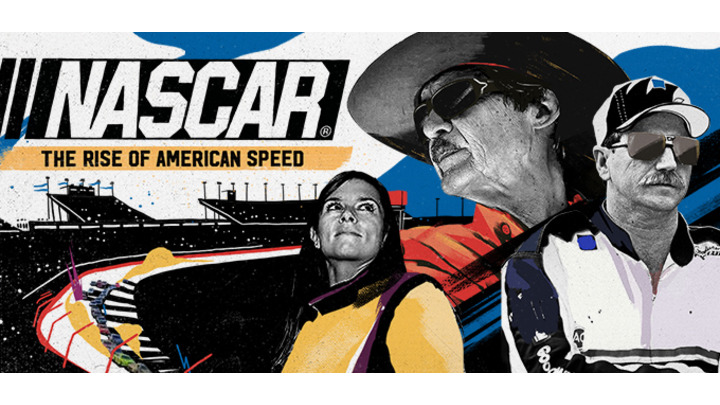 CMT TO CELEBRATE NASCAR WITH THE PREMIERE OF “NASCAR: THE RISE OF AMERICAN SPEED” A THREE NIGHT SPECIAL EVENT REVEALING THE IN-DEPTH TRUE STORY OF THE MOST POPULAR MOTORSPORT IN AMERICA

NASHVILLE – April 6, 2016 – Each week millions of NASCAR fans – a massive television and digital audience – tune in to watch NASCAR Sprint Cup Series events and today CMT announced an unprecedented six hour, three night special event dedicated to the fearless men who took stock car racing out of the backwoods and into the national spotlight with “NASCAR: The Rise of American Speed,” premiering Sunday May 8, May 15 and May 22 at 9 pm ET/PT.  From Stephen David Entertainment, the Emmy Award-winning company behind the miniseries “The Men Who Built America,” “Gold Fever” and “The World Wars,” the special event is not only a unique look into NASCAR’s legendary beginnings, but in the spirit of racing, it is a no-holds-barred account of the sport’s early pioneers and ascension to national prominence.  The film features archival footage, reenactments and interviews with NASCAR personalities and experts including Dale Earnhardt, Jr., Jeff Gordon, Kevin Harvick, Matt Kenseth, Brad Keselowski, Kyle Larson, Joey Logano, Richard Petty, Tony Stewart and Darrell Waltrip.

From bootleggers settling their differences through racing to a singular vision from “Big Bill” France that launched an empire, NASCAR has always been and continues to be a family affair with a long history of “racing royalty” to be shared and passed along.  Time and again, fathers, sons, brothers, uncles and nephews would race together – Ray Parks, Junior Johnson, Richard Petty, Dale Earnhardt and more – they were family best friends, rivals and heroes.  In “NASCAR: The Rise of American Speed,” these drivers, mechanics and owners come to life through character-driven scenes that unfold chronologically across the three nights, starting with NASCAR’s founding fathers and concluding with racing’s great modernizers and current superstars of the track.

“Our longstanding and unwavering connection with NASCAR and its fans makes CMT the perfect home to bring the high-octane true story of NASCAR to life,” said Jayson Dinsmore, executive vice president of development for CMT. "This first-of-its-kind television event will take viewers deep inside the enthralling and thrilling rise of an American premiere sports and relentless obsession.”

“NASCAR has one of the most exhilarating and inspiring origin stories in all of sports,” said Zane Stoddard, NASCAR vice president of entertainment marketing and content development. “Our collaborative relationship with CMT and Stephen’s unique style of production will bring it to life in a way our fans haven’t experienced before.”

It’s the story about how a generation of Southern bootleggers and gangsters pursued their version of the American dream and created an industry that defined them.  Despite a destitute South, they became wildly rich, while in the process forming the nation’s greatest racing league through their persistence, sweat and moonshine.  The success of NASCAR surpassed even their wildest dreams and inspired a new generation of Southern icons.  But in the race to always go bigger and faster, sometimes there were casualties along the way.  “NASCAR: The Rise of American Speed” is a tale of fearless men who didn’t just live their lives, they raced them to the finish.

To see a sneak peek of “NASCAR: The Rise of American Speed,” click on the trailer here.

For more photos visit cmptress.com.  Be part of the conversation and follow @CMT  and @CMTpress on Twitter.

NASCAR: The Rise of American Speed