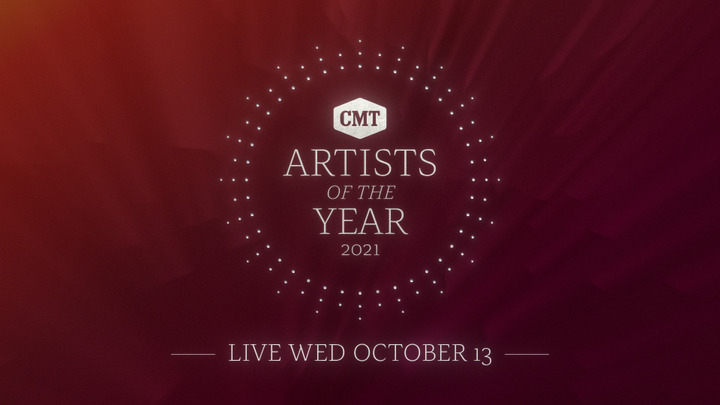 CMT to honor Mickey Guyton as “Breakout Artist of the Year” at 2021 “CMT Artists of the Year” celebration Airing LIVE from Nashville on Wednesday, October 13th at 9p/8c

NASHVILLE – September 23, 2021 – CMT today announced Mickey Guyton will receive the “Breakout Artist of the Year'' award and will perform at the 2021 “CMT Artists of the Year” event, airing LIVE from Nashville’s Schermerhorn Symphony Center on Wednesday, October 13 at 9p/8c on CMT. This marks only the fourth time in event history this honor will be bestowed, with the GRAMMY-nominated Guyton joining the ranks of previous honorees Chris Stapleton (2015), Kelsea Ballerini (2016) and Ashley McBryde (2019).

“We are thrilled to honor the immensely talented Mickey Guyton as this year’s ‘Breakout Artist of the Year.’ After relentlessly chasing her dreams in country music for years, her perseverance, tenacity and spirit have culminated in this spectacular moment of recognition where she’s finally receiving the credit she deserves,” shared Leslie Fram, Senior Vice President, Music & Talent, CMT. “Congratulations Mickey! We look forward to celebrating with you, and all of our honorees on October 13th.”

Mickey Guyton made history as the first Black female solo artist to earn a GRAMMY nomination in a country category (Best Country Solo Performance) for “Black Like Me” which she performed as part of the awards ceremony. Mickey also co-hosted the 56th Academy of Country Music Awards on CBS along with Keith Urban in April. She is currently nominated for CMA New Artist of the Year and her debut album, Remember Her Name (out tomorrow, Sept. 24), features Guyton’s “unapologetic voice country music needs right now” (Paste) with songs including “What Are You Going To Tell Her?,”  hailed by Variety as “country music’s song of the year,” and “Black Like Me,” one of the Top 10 all-genre songs of 2020 by NPR, Billboard and Associated Press.

This year’s 2021 “CMT Artists of the Year” will return to its original format after adapting last year to honor some of the most vital and inspirational Americans on the frontlines of the pandemic. This year, Guyton will take the stage alongside previously announced 2021 honorees Chris Stapleton, Gabby Barrett, Kane Brown, Kelsea Ballerini and Luke Combs and feature never-before-seen performances and collaborations and congratulatory moments. Musical pairings, special guests and additional performers and presenters will be announced in the coming weeks.

The 2021 “CMT Artists of the Year” is executive produced by CMT’s Margaret Comeaux, Switched On Entertainment’s John Hamlin and Amy Lin Johnson. The Executives in Charge of Production are Jackie Barba and Heather D. Graffagnino. Leslie Fram is Executive in Charge of Talent; Shanna Strassberg is Talent Producer.