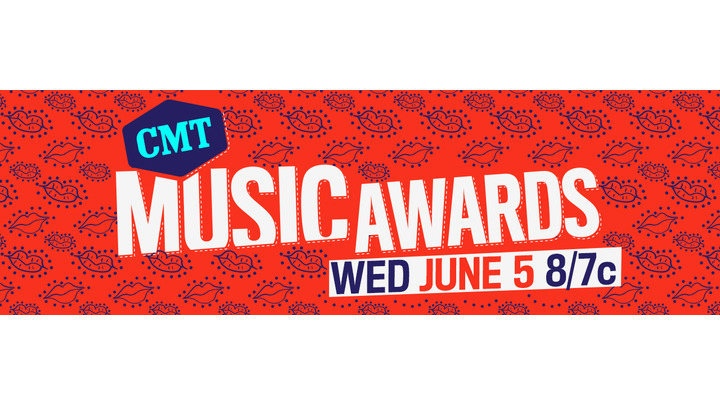 NASHVILLE – May 7, 2019 – CMT today announced the nominations for the “2019 CMT Music Awards,” airing LIVE on Wednesday, June 5 at 8:00pm ET / 7:00pm CT. Nashville’s biggest party returns to kick off the summer with a grand celebration recognizing the most beloved names in country music. Each winner is selected by the fans, with voting open now at vote.cmt.com.

Continuing the “CMT Music Awards” tradition of embracing blended-genre collaborations among all musical formats, this year’s nominations feature a wide range of talent, from rising stars to music legends, spanning the worlds of pop, soul and R&B.

This year, 14 acts are in the running for the highly coveted “Video of the Year” award, including Carrie Underwood, who reigns as the most awarded artist in CMT Music Awards history with 18 wins. The top five “Video of the Year” nominees will be announced the morning of the show, and fans will be able to vote all day and throughout the show on Twitter to determine the winner.

The nominees for the 2019 CMT MUSIC AWARDS are:

VIDEO OF THE YEAR

Best video of the year; awarded to the artist (male, female, group/duo or collaboration) and the video director. Final nominees announced the morning of the show, with final voting held on social media during the live telecast.

● Cole Swindell –“Break Up in the End”

● Zac Brown Band –“Someone I Used To Know”

MALE VIDEO OF THE YEAR

Best video by a male artist; awarded to the artist

● Cole Swindell –“Break Up in the End”

● Kenny Chesney –“Get Along”

FEMALE VIDEO OF THE YEAR

Best video by a female artist; awarded to the artist

● Miranda Lambert – “Keeper of the Flame”

DUO VIDEO OF THE YEAR

Best video by a duo; awarded to the artists

● Brothers Osborne – “I Don’t Remember Me (Before You)”

GROUP VIDEO OF THE YEAR

Best video by a group; awarded to the artists

BREAKTHROUGH VIDEO OF THE YEAR

Best video from an artist's major breakthrough album; awarded to the artist (male, female or group/duo)

Best video from a collaboration; awarded to the artists

● Brantley Gilbert and Lindsay Ell – “What Happens In A Small Town”

Musical performance on a television show, series or variety special on CMT; awarded to the artist (individual, group or duo)

● Karen Fairchild, Kimberly Schlapman and Gladys Knight –"I Can't Make You Love Me" and "Help Me Make It Through the Night” (From 2018 CMT Artists of the Year)

Returning for the second consecutive year, award-winning musical talent Little Big Town will serve as hosts for the eveningwhen the “2019 CMT Music Awards” premieres LIVE from Nashville next month. The chart-topping group has graced the “CMT Music Awards” stage with multiple wins and performances under their belts, and will introduce the next wave of winners in Nashville during one of the most highly-anticipated events in country music. As nominees, they’ll also vie for “CMT Performance of the Year” and “Group Video of the Year.”

GRAMMY, ACM, CMA, and AMA Award-winning group, Little Big Town -- consisting of members Karen Fairchild, Phillip Sweet, Kimberly Schlapman, and Jimi Westbrook -- first entered the music scene over 19 years ago with hit songs “Boondocks,” “Bring It On Home,” “Good As Gone” and the GRAMMY-nominated “Little White Church.” Their breakthrough albums Tornado and Pain Killer produced multiple #1 singles, including “Pontoon,” “Tornado,” and “Day Drinking,” as well as the history-making, best-selling country single of the year (2015) “Girl Crush.” Released February 24, 2017, Little Big Town's latest studio album, The Breaker, debuted #1 on the Billboard Country Charts and Top 10 (No.4) on the Billboard 200 to critical acclaim, marking the group’s fourth Top 10 debut on the Billboard 200 chart. The album features their GRAMMY-winning, multi-week #1 single, “Better Man,” as well as “When Someone Stops Loving You.”

Little Big Town has earned more than 40 award show nominations and in the past five years has taken home nearly 20 awards, including multiple GRAMMY, AMA, People’s Choice, CMA, ACM awards, and an Emmy award. Currently the reigning CMA and ACM Vocal Group of the Year, the Country Music Hall of Fame inductees (2014) went onto receive their star on the Nashville Walk of Fame in 2017. Also in 2017, Little Big Town hosted a sold-out, year-long artist residency at the famed Ryman Auditorium in Nashville -- marking the venue’s first-ever, year-long residency in its 125-year history. The band also recently launched 4 Cellars wine, their first non-musical project as a band, with Browne Family Vineyards. For more information on Little Big Town visit LittleBigTown.com or follow them @littlebigtown.