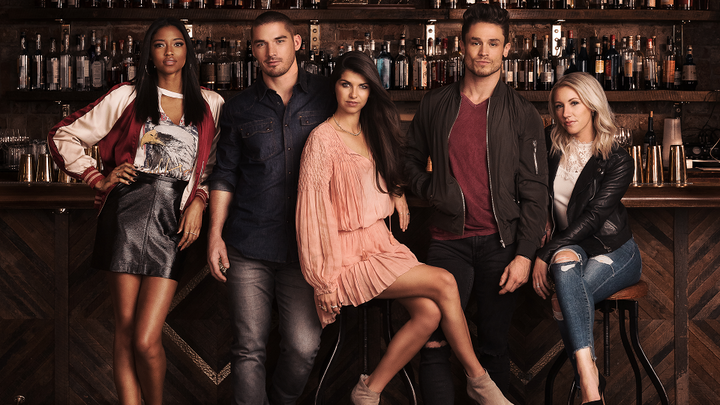 CMT UNVEILS THE CAST OF “MUSIC CITY” FROM THE CREATOR OF “THE HILLS” AND “LAGUNA BEACH” PREMIERING THURSDAY, MARCH 1 AT 10 PM ET/PT

NASHVILLE – January 17, 2018 – CMT today announced the cast of “Music City,” the latest series from famed executive producer Adam DiVello, who has created iconic shows such as “The Hills” and “Laguna Beach,” in association with Lionsgate. The docu-series premieres Thursday, March 1 at 10 PM ET/PT.

The highly-anticipated “Music City” follows a group of friends entering the next chapter of their lives while chasing dreams of success, fame and romance in Nashville. Faced with real choices that carry real stakes for their careers, their relationships and their futures, they must navigate the rocky road on the journey of self-discovery.

Meet the cast of “Music City”:

RACHYL – A Colorado native who moved to Nashville with her husband, Kerry, and their two-year-old son, Wolfgang, to support Kerry’s dreams of singing/songwriting. Feeling often like a single parent, Rachyl struggles to balance motherhood with her goals of attending law school. Instagram: @rachyldegman

KERRY – A country singer/songwriter originally from Beaverton, Oregon. Kerry, along with his wife, Rachyl, and their two-year-old son, Wolfgang, moved from California to Nashville so Kerry could pursue his musical dreams. As his career blossoms, Kerry must navigate the temptations of life on the road and learn firsthand the personal sacrifice that comes with following your dreams. Instagram: @kerrydegman

JESSICA – Better known to her friends as JMack, Jessica is an all-American Southern belle originally from Little Rock, Arkansas. She has lived in Nashville for nearly five years and is pursuing her dreams as a singer/songwriter in country music, while also searching for the man of her dreams. Instagram: @jessicamackmusic

JACKSON – A fitness instructor and personal trainer born and bred in Nashville, with Southern charm and looks to kill. When he is not helping his friends and family get into shape, he can be found cooking at home or hanging out downtown with friends. Instagram: @jacks_boyd

ALISA – A Los Angeles native who moved to Nashville to pursue her ambition of singing and writing country music, despite her family’s doubts. With no formal training, she’s trying to get traction in a city where everyone has dreams of making it big. She’s also searching for someone to sweep her off her feet, a task that’s been challenging considering she’s picky to a fault. Instagram: @alisabethfuller