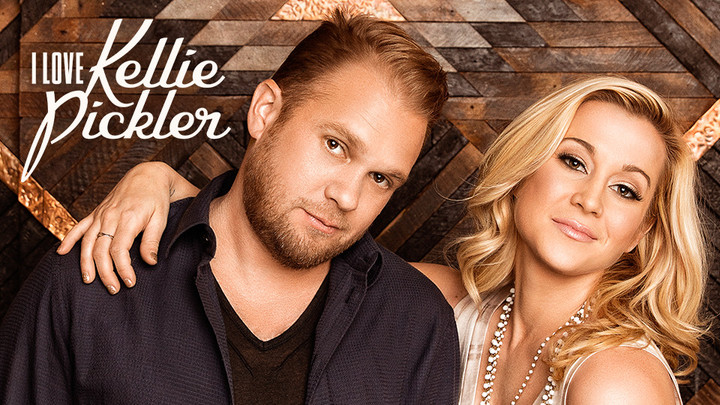 “I LOVE KELLIE PICKLER” BACK FOR SEASON THREE ON CMT

NASHVILLE – July 17, 2017 – Kellie and Kyle are back with a third season of their hit CMT television series “I Love Kellie Pickler,” which premieres on Thursday, August 3 at 11 p.m., ET/PT. The docu-comedy follows the country music star and personality as she navigates her madcap relationships with friends and family, along with her adoring husband, Kyle Jacobs, her complete opposite. The 2015 series debut marked CMT’s highest rated premiere among women 18-49 since 2008 and averaged 1.5 million weekly viewers during season two.

“This show is about laughter and love,” shares Kellie. “It’s all positive and all about our family and friends and our crazy adventures. We just want to be a bright light and make people laugh and feel good.”

On this season of “I Love Kellie Pickler,” fans can expect more adventures than ever. Kellie and Kyle aren’t shying away from new experiences, which include house hunting, presenting at the ACM Awards, new music and debut performances from Kellie and a bucket list trip to Alaska. Season three will again feature many of the couple’s beloved family and friends including guest appearances from singer-songwriters Runaway June and Lee Brice.

Below is a viewing link to the first episode:

ABOUT KELLIE PICKLER
Kellie Pickler grew up immersed in country music in the small town of Albemarle, North Carolina with the words of Tammy Wynette, Patsy Cline, Loretta Lynn and Dolly Parton shaping her musical footing. At the age of 19, she first gained fame as a contestant on the fifth season of “American Idol.” She has gone on to release four critically acclaimed albums, including her Gold-certified debut Small Town Girl as well as 100 Proof, which Rolling Stone named the Best Country Album of 2011. Among her best-known hits are the Gold-certified “Red High Heels,” “I Wonder,” “Best Days of Your Life,” “Don’t You Know You’re Beautiful,” “Things That Never Cross a Man’s Mind,” “Didn’t You Know How Much I Loved You,” and “No Cure for Crazy.”

In spring of 2013, Pickler partnered with dance coach Derek Hough and won the Mirror Ball Trophy on ABC’s “Dancing with the Stars.” That same year, she also released her fourth album, The Woman I Am, with Black River Entertainment, which featured three songs co-written by Pickler including the title cut. She voiced the lead character, a sweet potato named Mirabelle, in the “Veggie Tales” animated movie Beauty and the Beet in 2014, and launched her home goods line, Selma Drye by Kellie Pickler, in cooperation with the Opry Stores (shop.opry.com) in 2015.

Her CMT docu-comedy series "I Love Kellie Pickler," which co-stars her husband, songwriter/producer Kyle Jacobs, debuted in November 2015, making ratings history for the network.  Kellie will also be the host of an as-yet-untitled new syndicated talk show, produced by Faith Hill and co-hosted by media personality Ben Aaron, which debuts September 18. The weekday lifestyle show will air on WCPO-TV and 19 other Scripps TV stations beginning this fall.

ABOUT CMT
CMT, a unit of Viacom Inc. (NASDAQ: VIA, VIAB), is the leading television and digital authority on country music and entertainment. CMT, CMT.com and CMTRadio offer an unparalleled mix of music, news, live concerts and series and are the top resource for country music on demand. The network’s digital platforms include the 24-hour music channel, CMT Music, CMT App, CMT Mobile and CMT VOD.