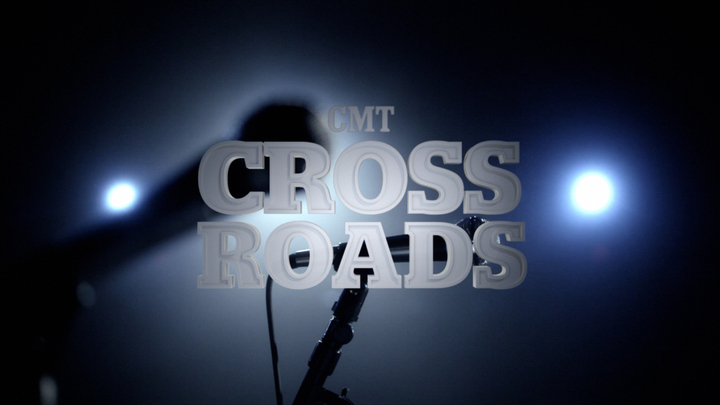 “Having John and Lee Ann join us on CMT CROSSROADS is going to be an incredible pairing – they are both among the most respected singers in their genres,” says John Hamlin, SVP Music, Events and Talent, CMT. “This has all the makings of another classic CROSSROADS collaboration.”

Ohio-born Legend is a critically acclaimed, multi-award winning, platinum-selling singer-songwriter. His work has garnered him nine Grammy Awards, five Soul Train Awards, the BET Award for Best New Artist and the special Starlight Award from the Songwriters Hall of Fame. A graduate of University of Pennsylvania, Legend participated in a wide range of musical activities while in college. After college, Legend was introduced to then up-and-coming hip-hop artist Kanye West, who quickly signed Legend to his G.O.O.D. Music imprint and hired him to sing vocal hooks on some of his music. Legend started gaining momentum through a series of similar collaborations with established artists, adding vocals to an impressive list of chart-topping hits including West's "Never Let Me Down,” Jay-Z's "Encore" and back-up vocals on Alicia Keys' 2003 song, "You Don't Know My Name." Legend’s debut album, “Get Lifted,” was released in December of 2004 through Columbia Records. The critically acclaimed album spawned the artist's first hit single, “Ordinary People,” and scored Legend multiple Grammy Awards in 2006, including Best R&B Album, Best New Artist and Best Male R&B Vocal Performance. The follow up was 2006’s platinum-selling “Once Again,” which brought Legend another Grammy, Best Male R&B Performance, for his single “Heaven,” and included collaborations with West, will.i.am and Raphael Saadiq. Legend’s next release was 2008’s “Evolver,” led by the hit single "Green Light" featuring Andre 3000. His 2010 collaboration with the Roots, “Wake Up,” earned three Grammys including R&B Album of the Year. Legend’s highly acclaimed fourth studio album, “Love In the Future,” continues to gain momentum on the Billboard 200 Chart and is now certified Gold. Produced by Legend and longtime collaborators Kanye West and Dave Tozer, the album’s break out hit, “All of Me,” spent three weeks at No. 1 on Billboard’s Hot 100 Singles Chart and marks Legend’s highest selling and charting single of his career to date, with sales of more than 4 million in the U.S. and 6 million worldwide. The music video for Legend’s latest single, “You and I (Nobody In The World)” explores an ensemble of diverse women from a wide range of ages, ethnicities, shapes, and sizes. The music video acted as a platform to raise awareness and increase engagement in the #OperationGirl Charity Challenge, a six week campaign which concluded in August and lived on fundraising website CrowdRise.com. The campaign successfully brought together the best organizations in the world focusing on empowering, educating and protecting the rights of women and girls.

Progressive traditionalist Lee Ann Womack has sung for four presidents, the concert for the Nobel Prize honoring Nelson Mandela and Maya Angelou’s Celebration of Joy Rising. More importantly, the Grammy winner built a career seeking songs that slice life wide open to let the pain, the emptiness, the rage and the desire pour out. A Country Music Association Female Vocalist of the Year, she’s also won the prestigious Album of the Year for “There’s More Where That Came From,” plus a pair of Single of the Year awards for “I May Hate Myself in the Morning” and “I Hope You Dance.” “I Hope You Dance” sold more than 6 million albums; the title track topped multiple charts in multiple formats around the globe. The East Texan is a duet partner of choice for Willie Nelson, Alan Jackson, Dr. John, Buddy Miller, George Strait, Jim Lauderdale and Willie Nelson. A featured vocalist on Miller’s Silver Strings project, Rodney Crowell and Mary Karr’s “Kin” and music supervisor Randall Poster’s “Divided & United,” Womack’s soprano has a purity that rivals Dolly Parton and an ache that suggests Emmylou Harris at her most haunted. Slated to co-host the International Bluegrass Music Awards with Jerry Douglas, Womack is as versatile as she is exceptional. Among her hits are “The Fool,” “A Little Past Little Rock,” “Ashes By Now,” “Last Call,” “Twenty Years & Two Husbands Ago,” “Never Again Again” and “Does My Rung Burn Your Finger.” “The Way I’m Livin’,” produced by Frank Liddell (Miranda Lambert, Chris Knight, Pistol Annies), is an unvarnished distillation of Womack’s clear-eyed take on the real world. Drawing on songs from Julie Miller, Hayes Carll, Chris Knight, Mindy Smith and Neil Young, USA Today has called it “irresistibly teasing” and The Wall Street Journal proclaimed, “she digs in as if she were making up for lost time.”