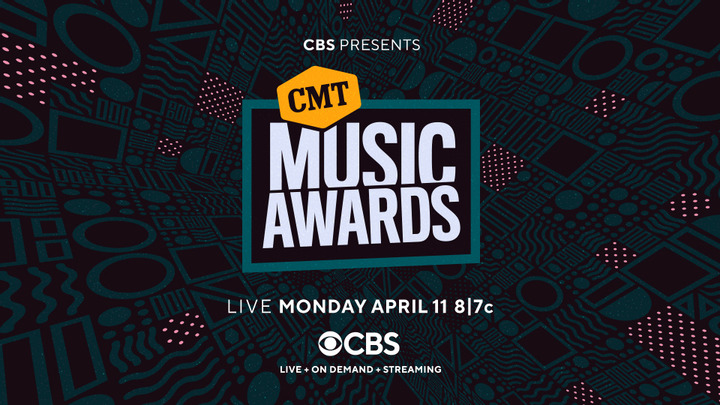 NASHVILLE -- (March 10, 2022) – CMT today announced country music superstar Kelsea Ballerini and acclaimed actor Anthony Mackie will take the stage together as co-hosts of the 2022 CMT MUSIC AWARDS, country music’s only entirely fan-voted award show, broadcasting LIVE from Nashville on Monday, April 11th (8:00-11:00 PM LIVE ET/delayed PT). This will be the inaugural broadcast of the CMT MUSIC AWARDS on the CBS Television Network, as Paramount’s signature country music tentpole celebrates the hottest stars with high-powered, cross-genre performances from in and around Music City.  The show will also be available to stream live and on demand on Paramount+.*

This marks Mackie’s first time as host, after he presented the highly-coveted “Video of the Year” award last year, and Ballerini’s second consecutive year hosting. Nominations for the 2022 CMT MUSIC AWARDS will be announced on Wednesday, March 16, in tandem with the start of fan voting. Additional details on Nominations, Performers and Presenters to be announced in the coming weeks.

“We couldn’t pass up the opportunity to pair one of the biggest names in country music with one of the world’s most electrifying superheroes to host our biggest CMT MUSIC AWARDS ever,” shared Margaret Comeaux, John Hamlin and Leslie Fram, Executive Producers, CMT MUSIC AWARDS. “Kelsea and Anthony are each wildly successful in their own right and combined, bring mega star power that transcends the worlds of music, film and pop culture with a supersized fan base. We know this dynamic duo is the perfect pairing to bring our show to the next level as we reach our largest global audience ever LIVE on CBS.”

Said Ballerini: “I’m thrilled to be returning as host at this year’s CMT Awards with Anthony Mackie! This award show is always a special one, as it revolves around the fans and celebrates their favorite artists. This year is especially cool to be a part of as CMT grows into a network spot and expands for even more fans to get involved. It’s going to be a big one and I can’t wait!”

Said Mackie: “I had the pleasure of presenting at last year’s CMT Music Awards and received the warmest welcome from the country music community and the city of Nashville. I can’t wait to get back to Music City to co-host this year’s awards with the amazing Kelsea Ballerini.”

About Kelsea BalleriniKelsea Ballerini has consistently made history. With the release of her debut album The First Time (Black River), she became “the only female country artist to hit #1 with her first three consecutive singles from a debut album.” She has logged four back-to-back Top 10 entries on the Billboard Top Country Albums chart, including the platinum-selling The First Time [2015], gold-selling Unapologetically [2017], gold-selling kelsea [2020], and ballerini [2020]. With 25 certifications from the RIAA to date, her catalog boasts a string of essential smashes such as the double-platinum “Miss Me More,” “Peter Pan,” the recently certified platinum “hole in the bottle” with Shania Twain and “half of my hometown” feat. Kenny Chesney, which marked Kelsea’s seventh #1. Among dozens of accolades thus far, she has garnered two GRAMMY® Award nominations, won two ACM Awards, two CMA Awards, and has received multiple career nominations from the ACM Awards, American Music Awards, CMA Awards, CMT Awards and People’s Choice Awards. Most recently, Kelsea earned nomination for “Music Event of the Year” for the 2022 ACM Awards as both artist and producer of “half of my hometown” feat. Kenny Chesney. This marks Kelsea’s first ACM nomination as a producer. She concluded 2021 as the “#3 most-played female artist on country radio” and CMT “Artist of the Year” in addition to picking up “Musical Event of the Year” and “Video of the Year” at the CMA Awards for the gold-certified “half of my hometown” with Kenny Chesney. Expanding her sphere of influence, she released her first original book of poetry Feel Your Way Through, and Dolly Parton tapped her to star in the audiobook of Run, Rose, Run. It’s no wonder NPR proclaimed, “Kelsea Ballerini is definitely one of the most influential women in country right now… she’s defining the sound of the genre.” She also was inducted as a member of the famed Grand Ole Opry in 2019. At the time, she notably was the Opry’s youngest member, in its nearly 100-year history, since being founded in 1925. Kelsea Ballerini is ready to continue making history in 2022 and beyond.

About Anthony Mackie:
Anthony Mackie is a classically trained actor who is perhaps best known as a member of the Marvel Comics family, making his debut in 2014 as Sam Wilson/The Falcon in “Captain America: The Winter Soldier.” Mackie also starred in the second installment of the franchise and made additional appearances in “Avengers: Age of Ultron” and “Ant-Man.” He starred in “Captain America: Civil War” and appeared as Falcon in “Avengers: Infinity War.” His Marvel success continued in Spring 2019, starring in “Avengers: Endgame,” where he reprised his role as Sam Wilson/ Falcon, and in Spring 2021, Mackie starred alongside “Avengers: Endgame” co-star Sebastian Stan in the Disney+ miniseries “The Falcon and the Winter Soldier.” The 6-episode series premiered on March 19th, 2021 and became the most watched series premiere ever on Disney+. Throughout his career, Mackie has played a variety of dynamic roles in such films as “8 Mile,” “Million Dollar Baby,” “The Manchurian Candidate,” “We Are Marshall,” “The Hurt Locker” “All The Way,” “Love The Coopers” and “Eagle Eye.” Intertwined throughout his film career, he performed in several theatrical performances, making his Broadway debut as Sylvester, alongside Whoopi Goldberg in August Wilson’s “Ma Rainey’s Black Bottom.” Most recently, Mackie was part of the production of August Wilson’s 20th Century at the esteemed Kennedy Center. He has starred in several streaming series, including Amazon’s “Solos,” and Netflix’s “Black Mirror, “The Woman in the Window” and more.