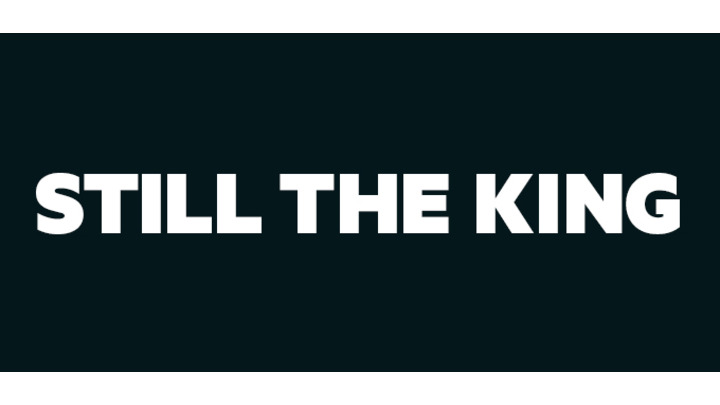 “Still The King” features Cyrus as Vernon Brownmule, AKA “Burnin’ Vernon," a scandal-ridden, washed-up, one-hit-wonder who was kicked out of country music, only to emerge 20 years later as the second best Elvis impersonator around. After crashing into an old country church sign during a drunken bender, he is arrested and sentenced to return and serve as the church’s handyman as part of his parole. Along the way he pretends to be the congregation’s new minister and re-connects with a former one-night-stand (Joey Lauren Adams), when he learns he has a 15-year-old daughter he’s never met.

The main and recurring cast of “Still The King” includes:

Billy Ray Cyrus as Vernon Brownmule, a washed up one-hit wonder turned Elvis impersonator who cons a small town into believing he’s a minister, while also trying to build a relationship with a former one-night-stand, and a daughter he never knew existed. Cyrus is represented by Paul Geary Management.

Joey Lauren Adams as Debbie Lynn Cooke, a fiery and feisty single mother, whose life is turned upside down when a Vernon, a former one-night stand, crashes back into her life. Adams is represented by Silver Lining Entertainment.

Madison Iseman as Charlotte, the smart, sarcastic and witty 15-year-old-daughter of Debbie and Vernon, who’s reluctant to let her absentee father into her life. Iseman is represented by Zero Gravity Management.

Travis Nicholson as Walt, whose father played with Vernon during his heyday, and who agrees to help Vernon con the church congregation. Nicholson is represented by Rosen Law Group.

Lacey Chabert as Laura Beth (recurring),the head of the church boosters, who considers it her personal responsibility to guide the congregation’s new preacher (Vernon). Chabert is represented by Thruline Entertainment and Innovative Artists.

Leslie David Baker as Curtis (recurring), the blind caretaker of the church where Vernon is pretending to be the preacher. Baker is represented by Innovative Artists.

Jon Sewell as Ronnie (recurring), Debbie’s live-in boyfriend whose one dream in life is to own a boat. Sewell is represented by My Own Shingle.