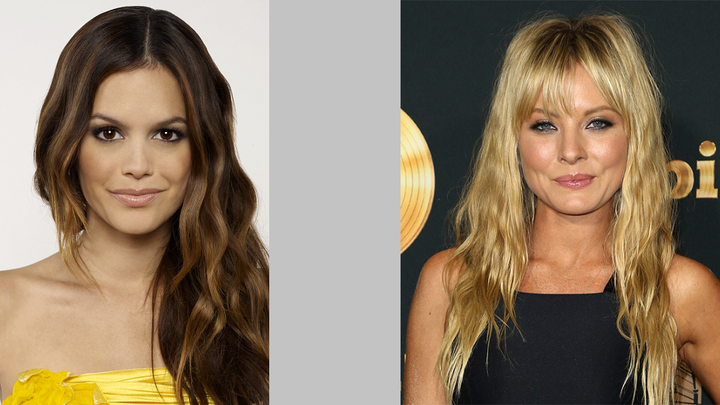 NASHVILLE - March 9, 2017 –CMT today announced Rachel Bilson (“The OC,” “Hart of Dixie”) and Kaitlin Doubleday (“Empire”) will join the cast of “Nashville.” The news was revealed directly to the fans on social media by CMT, Bilson and Doubleday in recognition of the Nashies’ unwavering support of the series, which just aired its midseason finale. Additionally, CMT released a first look teaser for forthcoming episodes. “Nashville” is produced by Lionsgate, ABC Studios and Opry Entertainment.

“We welcome Rachel and Kaitlin into our incredibly talented ensemble,” said Marshall Herskovitz, executive producer and showrunner. “We fondly anticipate the second half of the season filled with surprising twists and turns that make ‘Nashville’ so beloved by the fans.”

Rachel Bilson was most recently seen as ‘Dr. Zoe Hart’ in The CW’s series “Hart of Dixie,” a fish-out-of-water story about a New York City doctor adjusting to life in a small Southern town after she inherits a local medical practice. Her film credits include “The To Do List,” “Waiting for Forever,” “Jumper,” “L!fe Happens” “The Last Kiss,” and “New York, I Love You.” She also appeared twice as a guest star on the television series “How I Met Your Mother,” as well as Josh Schwartz’s “Chuck.” Bilson also became an integral part of pop culture due to her series regular role on the very popular television show “The O.C.” for four seasons. She is represented by CAA and Morris Yorn Barnes Levine Krintzman Rubenstein Kohner & Gellman.

Kaitlin Doubleday gained worldwide recognition portraying ‘Rhonda Lyon’ on the megahit “Empire.” At age 17, she made her film debut opposite Leonardo DiCaprio in Steven Spielberg’s “Catch Me If You Can.”Other notable screen credits include the cult classic “Waiting,” opposite Ryan Reynolds and Anna Farris; “The TV Set,” a satire about the entertainment business starring David Duchovny; and “Accepted,” opposite Jonah Hill and Justin Long. Doubleday is represented by Paradigm Talent Agency and MPG Management.

“Nashville” is set against the backdrop of the city’s music scene and follows the lives of country music superstars as well as the up-and-coming performers and songwriters trying to get ahead in the business. Music City can mean so many things to different people. In "Nashville," musicians and songwriters are at the heart of the storm, driven by their own ambitions. Some are fueled by their creativity and passion for fame. Others struggle to cope with the pressures of success and are doing everything in their power to stay on top.

The series is executive produced by Marshall Herskovitz and Ed Zwick (the creators of “Thirtysomething”), Steve Buchanan and Callie Khouri.

The series airs in 225 territories worldwide. Since its debut, the show has inspired 10 soundtracks, including a Christmas album, which have collectively sold more than one million album units and over 5 million single-track downloads to date. It has also been nominated for multiple Emmy, Golden Globe and Critics Choice awards

One of the largest independent television businesses in the world, Lionsgate’s slate of premium quality series encompasses nearly 90 shows on more than 40 different networks. These include the ground-breaking Orange is the New Black, the fan favorite Nashville, the syndication success The Wendy Williams Show, the hit drama The Royals, the acclaimed Casual, the breakout success Greenleaf and hit STARZ series including Outlander, Black Sails, Survivor’s Remorse and Power, the second highest-rated premium pay television series of 2016.

Lionsgate's home entertainment business is an industry leader in box office-to-DVD and box office-to-VOD revenue conversion rates. Lionsgate handles a prestigious and prolific library of more than 16,000 motion picture and television titles that is an important source of recurring revenue and serves as a foundation for the growth of the Company's core businesses. The Lionsgate, Summit Entertainment and Starz brands are synonymous with original, daring, quality entertainment in markets around the world. www.lionsgate.com