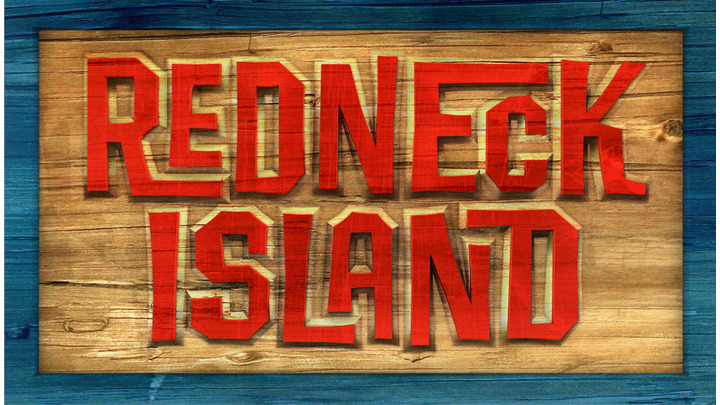 TWEET IT: #RedneckIsland returns with @steveaustinBSR, new co-host @JessieJDecker and some bunked up twists Dec 4 at 10/9c on @CMT.

NASHVILLE – October 8, 2014 – CMT’s ultimate competition series REDNECK ISLAND returns for a fourth season rowdier than ever, with a hot new co-host and even hotter new twist. Country singer/songwriter and TV personality Jessie James Decker joins wrestling icon Steve Austin as masters of ceremonies on the “island” this season, tucked away at a lake in North Georgia. CMT greenlit 10 one-hour episodes of the new season, marking the return of one of the most popular CMT series since it debuted in 2012. Part of CMT’s outrageous Thursday nights, the all-new REDNECK ISLAND debuts with a 90-minute extended premiere on Thursday, December 4 at 10 p.m., ET/PT.

This season on REDNECK ISLAND, 12 guys and 12 girls will fight to win cold hard cash in the ultimate redneck competition series where time spent partying is just as important as time spent competing. While these rednecks may arrive single and ready to mingle, a high-stakes, sexy spin on the original format will pair male and female teammates up as bunkmates in a new twist that is sure to fuel both competition and romance at the lake house. In the end, one guy/gal team will walk away from this little redneck heaven $100,000 richer.

Steve ‘Stone Cold’ Austin, six-time World Wrestling Federation Champion and 2003 WWE Hall of Fame inductee has been busy since retiring from the ring in 2003. Austin began his acting career in 2005 with a breakout performance in the Adam Sandler starrer, The Longest Yard, which went on to make $187 million worldwide; followed by a starring role in The Condemned, which continues to be one of the World Wrestling Entertainment’s most lucrative releases. In 2010 Sylvester Stallone tapped Austin for his action thriller The Expendables. In 2013 Austin had a featured role in Adam Sandler’s comedy Grown Ups 2.   Austin currently hosts two successful TV shows for CMT, Steve Austin’s Broken Skull Challenge and Redneck Island. In addition, he shakes things up every week with his highly-rated podcast, The Steve Austin Show on www.podcastone.com. When not hanging out on his 2100+ acre Broken Skull Ranch (www.brokenskullranch.com) in the back country of South Texas, Austin lives in Marina del Rey, Calif. with his wife, Kristin, and their three Labradors.

Multi-talented country singer, songwriter Jessie James Decker recently released her EP Comin’ Home, a candid celebration of her pop and country influences. The EP, produced by John Fields (Miley Cyrus, Jonas Brothers, Switchfoot), debuted at #5 on the Billboard Country chart and #28 on Billboard Top 200. Comin’ Home found major success on iTunes reaching #1 on the iTunes Album Chart and #9 on the Overall Digital Chart. Tracks from the EP were featured on her hit reality series “Eric & Jessie: Game On” which she starred in with husband, superstar pro football wide receiver Eric Decker. Jessie burst onto the music scene with her self-titled debut album in 2009. The album’s first single “Wanted” was certified gold with record sales of more than 120,000. Jessie is currently working on new music and enjoying time with her husband and newborn daughter Vivianne Rose. She also launched the Eric & Jessie Decker Foundation to positively impact the lives of United States military veterans and at risk children.