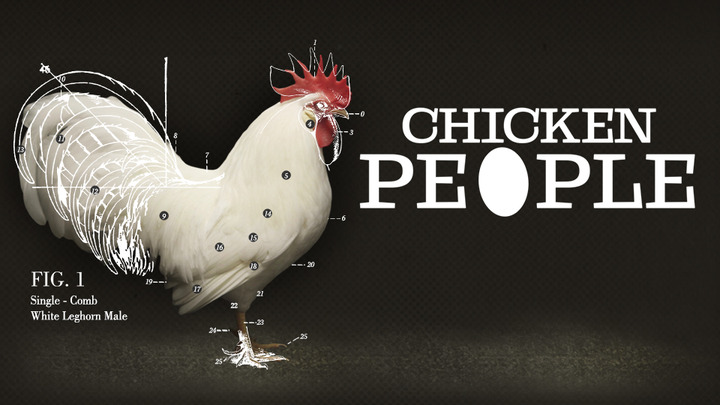 LOS ANGELES - July 21, 2016 – Samuel Goldwyn Films and CMT announced today that Samuel Goldwyn Films has acquired North American rights from CMT for CHICKEN PEOPLE. The film, directed by Emmy-Nominated Nicole Lucas Haimes, and produced by Emmy Award Winner Motto Pictures, received its world premiere at the 2016 South By Southwest Film Festival in Austin, Texas and will continue its film festival run leading up to the theatrical release in late summer followed by an October On Demand and Digital release before premiering on CMT later this year. Having launched a dedicated documentary division in 2014, this marks the first theatrical run for a CMT Original doc.

In a world where a bent feather can mean a broken dream, CHICKEN PEOPLE is a real-life “Best in Show,” about chickens. Every November exotic poultry breeders from across America proceed to Columbus with the goal of winning the title of Grand Champion at the Ohio National Poultry Show. The film follows the struggles and triumphs of the men, women and the chickens they love, examining the daily lives of the breeders and how they’re shaped by their quest for perfect fowl. Subjects Brian Knox, Brian Caraker and Shari McCollough struggle to overcome life’s obstacles, not least of which is a nationwide outbreak of the Avian Flu. Can this put a stop to their dream of “Grand Champion of Show?”

Peter Goldwyn said this about CHICKEN PEOPLE: “Christopher Guest couldn’t have written this better. Not only are these chicken people/breeders passionate about their chickens, CHICKEN PEOPLE, at its heart, is a sweet and unique look into this type of competition that can be enjoyed with the whole family.”

“Chicken People is a wonderfully observant film that in the hands of these supremely talented filmmakers is loaded with humor and heart, along with a deep appreciation of how raising animals of any kind enriches one’s life,” said Jayson Dinsmore, executive vice president of development for CMT.

The deal was negotiated by Jill Karole and Peter Goldwyn, on behalf of Samuel Goldwyn Films, Anne Oakley, Jodi Carmichael, John Miller-Monzon and Sean Bangert of CMT Films, and Linzee Troubh of Cinetic.