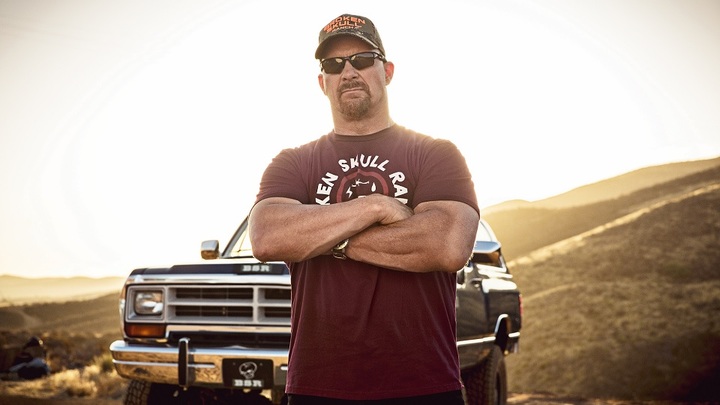 “We have really ramped it up this season on every level,” notes Steve Austin. “Our elite athletes are badass and tough as nails, and our new challenges are brutal, making Broken Skull Challenge the toughest show on TV.  And that’s the bottom line.”

“Steve Austin’s Broken Skull Challenge” features world-renowned athletes including Spartan, CrossFit, power lifters, professional athletes, MMA fighters and everyday heroes who face off in a series of intense challenges with only one advancing to the grueling “Skullbuster” challenge personally designed by Steve Austin. This season, for the first time ever, the best contenders from all four seasons will return to see if they still have what it takes to take on the hardest challenges of their life in order to call themselves the ultimate winner.

“Steve Austin’s Broken Skull Challenge” is part of CMT’s celebrated unscripted line-up that includes “I Love Kellie Pickler,” and “Dallas Cowboys Cheerleaders: Making The Team.” CMT’s growing list of scripted series includes “Nashville,” which makes its highly-anticipated premiere on Thursday, January 5th at 9pm ET/PT, the eight part limited-run series “Million Dollar Quartet,” (working title) that tells the untold true story of nothing less than the birth of rock ‘n’ roll premiering in March, and the second season of the hit comedy, “Still The King,” which returns for a second season this spring.

CMT, a unit of Viacom Inc. (NASDAQ: VIA, VIAB), is the leading television and digital authority on country music and entertainment, reaching more than 92 million homes in the U.S. CMT, CMT.com and CMT Radio offer an unparalleled mix of music, news, live concerts and series and are the top resource for country music on demand. The network’s digital platforms include the 24-hour music channel, CMT Music, CMT Mobile and CMT VOD