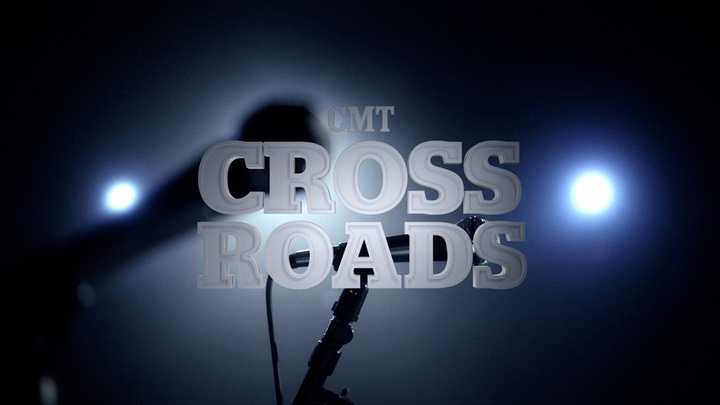 NASHVILLE – August 16, 2013 – The much-anticipated episode of CMT CROSSROADS, bringing together the iconic Stevie Nicks and country superstar trio Lady Antebellum, will debut Friday, September 13 at 10:00 p.m., ET/PT. Meeting and collaborating for the first time on the CMT CROSSROADS stage in Los Angeles, Nicks and Lady Antebellum will share harmonies and stories on CMT CROSSROADS: STEVIE NICKS AND LADY ANTEBELLUM. The one-hour special will feature the classic Nicks hits “Edge of Seventeen,” “Landslide,” “Rhiannon” and “Stop Draggin' My Heart Around,” as well as Lady Antebellum’s “Need You Now,” “Love Don’t Live Here” and “Golden.”

CMT CROSSROADS: STEVIE NICKS AND LADY ANTEBELLUM is available for review at www.cmtpress.com.

Stevie Nicks is a multi-Grammy Award winner and Rock and Roll Hall of Fame inductee. Her extraordinary career as a solo artist, songwriter, live performer and member of Fleetwood Mac is legendary. Fleetwood Mac’s “Rumours” was one of the biggest selling albums of all time. Expanded and deluxe versions of Rumours were released earlier this year on Rhino Records. Nicks has penned such Mac classics as “Landslide,” “Dreams,” “Gold Dust Woman” and “Rhiannon.” As a solo artist, beginning with the five times platinum debut “Bella Donna,” her solo hits include unforgettable singles such as “Edge of Seventeen,” “Leather and Lace” and “Stand Back.” Her most recent CD, “In Your Dreams,” co-written and co-produced by Dave Stewart, was followed by a tour and a documentary of the same name. Fleetwood Mac just completed their sold out U.S. arena tour and will head to Europe and Australia this Fall.

The harmony-based trio Lady Antebellum continues to reaffirm their very beginnings with their new album, “Golden,” by focusing on deft songwriting and fresh uses of their talents, which was at the heart of what drew them together in the first place. Since its 2006 inception, Lady A has won the “Vocal Group of the Year” honor from both the CMA and from the ACMs three times in a row and sold more than 11 million albums worldwide. The trio has taken seven trips to No. 1 on the country radio charts, earned five platinum singles, including their recent “Downtown,” and has been awarded with seven Grammy Awards, including the all-genre “Record of the Year” and “Song of the Year.” This Fall, Lady A will launch the first leg of their headlining Take Me Downtown Tour 2013 that will hit 40-plus cities across North America. In the end, the mix of their road experiences, songwriting and creative partnership has allowed the magic to remain because they have kept the focus on the music.