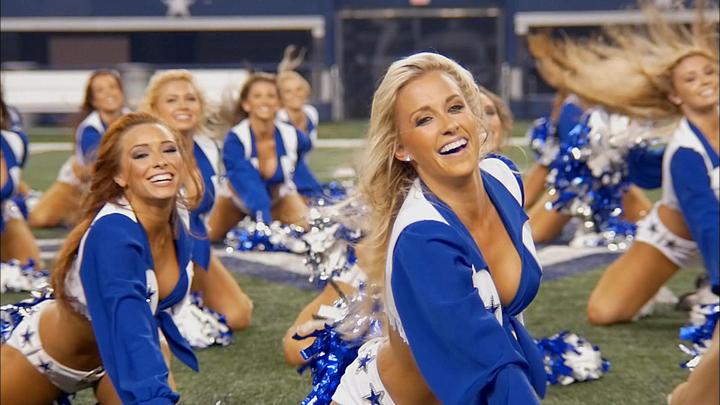 The Battle to Join America’s Most Coveted Squad Kicks Off Thursday, August 6 at 11pm ET/PT

NASHVILLE– July 14, 2015 – Just as football season returns, so does the world’s most iconic cheerleading squad when the tenth anniversary season of “Dallas Cowboys Cheerleaders: Making the Team” premieres Thursday, August 6 at 11 p.m. ET/PT on CMT.

Everything’s bigger in Texas, and that especially rings true within the high-stakes world of professional cheerleading. Hundreds of hopefuls will compete to fulfill their lifelong dream of becoming an elite Dallas Cowboys Cheerleader. The eight-episode series follows this year’s hopefuls through triumphs, tears and a whole lot of hairspray as they vie for a spot on the country’s most coveted squad. Dreams are crushed and tempers flair as the competition is fierce and cutthroat with only the best of the best making the team. In anticipation ofthe season ten premiere, CMT will air the entire ninth season as part of a “Dallas Cowboys Cheerleaders: Making the Team” marathon event on Sunday, August 2 from 12 p.m. ET/PT - 8 p.m. ET/PT.

Longtime director Kelli Finglass and choreographer Judy Trammell have no easy task this year as they are forced to replace 13 veterans from the team. DCC veteran Melissa Rycroft (“Dancing With The Stars,” “The Bachelor”) also returns to help with the arduous task of judging and mentoring the new recruits talented enough to make training camp with hopes they make it to the opening game. As former DCC themselves, the uncompromising leaders demand excellence from their training camp candidates and  the pressure is fierce with competition including a former member of the USA gymnastics team, a biomedical engineer and a national dance champion. Many of the hopefuls have prepped their entire lives for this one shot to prove they have what it takes to don the world-famous blue and white uniform.

“Dallas Cowboys Cheerleaders: Making the Team” delivers a front-row seat to the dynamic dance sequences, intense training and the emotional conflict and camaraderie of girls attempting to hold it together under the pressure cooker of an approaching season.