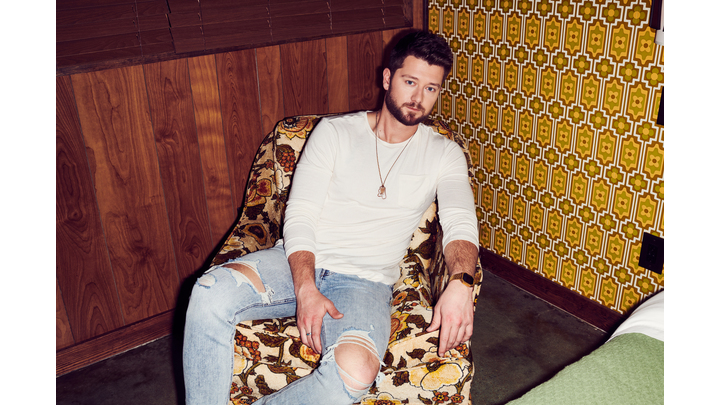 Dubbed “the hero country needs,” (Popdust), Adam Doleac has staked his claim as one to watch in Nashville.Having recently signed with Sony Music Nashville’s Arista Imprint, he’ll release new single “Famous” to countryradio on December 16th – a song that’s already earned the rising artist a good bit of notoriety via the release of itsaccompanying music video in November.

Though well on his way to stardom, music wasn’t something Doleac always intended to do. “I was the kid thatplayed all the sports,” he says of his Hattiesburg, Mississippi childhood. His talent for baseball earned him ascholarship at the University of Southern Mississippi – an offer that would (ironically) kick off his musical journey.

“In college, my roommates all played guitar,” says Doleac, “So anytime they left the house I’d pick up one of themand start teaching myself.” Despite being untrained, he took naturally to the instrument. “I wrote about five songswith my baseball teammates… then I went and booked three shows around my hometown. Turns out a lot of peopleturned up. So I caught the bug.” Adam recorded one of those songs in a YouTube video that rapidly accruedmillions of views. It attracted the attention of the head of Sony ATV. “He had me come into his office... I playedhim a couple of songs. He emailed Kenny Chesney one of those songs. Five minutes later Kenny said ‘I wanna cut it.’”

The meeting was the beginning of a successful partnership between Doleac and Sony ATV, allowing him to craftsongs recorded by stars like Kane Brown, Darius Rucker, and Hootie and the Blowfish. It was the release of his firstsolo EP, however, that launched his career as an artist. Armed with music described by Rolling Stone as “anchorednot only in the trends of Top 40 radio, but also the blue-collar grit of Bob Seger and the bluesy influence of hisMississippi hometown,” his first single – “Whiskey’s Fine” - became a Sirius XM Highway Find and sold 35,000 downloads as an independent single, lifting Doleac’s country industry awareness and fan engagement to a muchhigher level. He followed with “Famous,” which spent two weeks at the top of Sirius XM’s country chart, and hasnow outperformed “Whiskey’s Fine” by every metric.

Success aside, the beauty in Doleac’s career is the relationship he has with his fans. Having performed for thousandson tours with Carrie Underwood, Chris Young and Kane Brown (among others), Doleac largely credits the listener for his commitment to his craft. “The reason, the drive, the passion behind the millions of hours of work... It’s for the love of the fans.