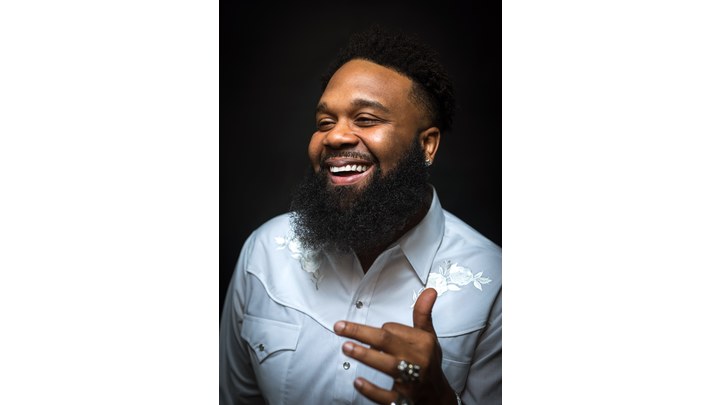 Blurring the lines between Country and hip-hop music, Blanco Brown makes a southern sound that he proudly calls "TrailerTrap." It's a boundary-breaking, multicolored genre of his very own — which draws upon the rawness and storytelling abilities of his two biggest musical influences, Johnny Cash and Outkast. His debut album, Honeysuckle & Lightning Bugs, showcases the full range of its creator, who juggles multiple roles as the project's songwriter, producer, vocalist, visionary, and multi-instrumentalist.

Years before he rose up the ranks as a Grammy-nominated engineer and major-label solo artist, and one of Billboard’s “7 Country Acts to Watch in 2019” Blanco— grew up in two very different worlds, both in the state of Georgia, splitting his time between the city projects and the rural countryside. During the school year, he'd spend his months in Atlanta, where the crime that filled his neighborhood was offset by the love and musical connection shared by his family. Every summer, he’d head out of town temporarily moving in with relatives in the small rural town of Butler, GA.

During those summers in Butler, the soundtrack that had filled his days back home in Atlanta — the R&B harmonies he'd sing with his brothers; the rap he'd hear blasting from the cassette players in passing cars; the gospel music he'd howl every Sunday morning in church — gave way to the laidback, rootsy sounds of Johnny Cash songs and Bobby Blue Bland records. It was there, far away from city life, that Blanco became a fan of Country music. As each summer drew to an end, though, he'd head back to the city, leaving behind the twangy sounds of Butler and returning once again to the projects of Atlanta.

Those two worlds come together to create a hybrid sound he affectionately calls “TrailerTrap.” The world got its first taste of this exciting fusion with the worldwide hit “The Git Up.” Originally shared via SoundCloud, along with a social video of Blanco performing the dance, the viral track quickly claimed the top spot in charts across the globe and spawned nearly 3 billion views across social platforms with millions of users across the globe eagerly sharing their own videos of the dance using #TheGitUpChallenge. Spurring more than 469 million digital streams in the US alone, a myriad of press coverage (including TIME Magazine, Los Angeles Times, New York Times, NPR, Genius, Taste of Country, Complex, etc.), airplay and televised performances “The Git Up” has indeed primed Blanco Brown to be “the next trap country sensation” (Billboard). Billboard was correct—“The Git Up” made its way to the top of the viral Spotify charts in several countries, hung tight as the top most-selling Country song in the US for 13 weeks and claimed the #1 spot on Billboard’s Hot Country Songs chart for 12 weeks.

With Honeysuckle & Lightning Bugs, his debut album, out October 11, Blanco shows his depth as an artist, striking a balance between his contrasting backgrounds with a mix of countrified influences and street-smart lingo. The album finds Blanco dressing up his rapid-fire lyrics and melodic hooks with layers of lap steel, thumping kick drum, harmonica, spoons, tambourine, banjo, synthesizers, 808 percussion, guitar, and plenty of vocal harmonies. The result is a debut EP that's both urban and rural, blending the sounds of Blanco's diverse upbringing into the world's very first TrailerTrap project.