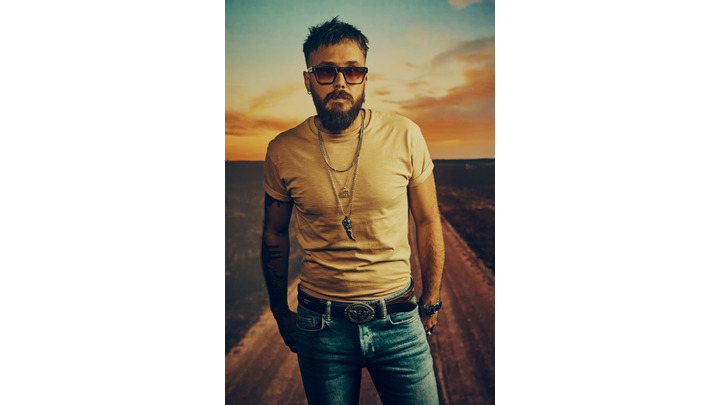 Elvie Shane’s dad had a saying. One of those things that sticks with a person all through life – and especially in tough times. “Always forward, never straight,” he’d proclaim, knowing full well that a detour sometimes gets us where we’re headed. Even as a kid, Shane knew it was good advice. He just had no idea how good.

Nowadays, he’s the man behind the most heartwarming country hit in recent memory – the lump-in-your-throat anthem to step-fatherhood, “My Boy” – and Shane knows what his dad meant. The road ahead is rarely a straight shot, and with Backslider, his full-length album debut on Wheelhouse Records, he gives that truth a soundtrack.

“It’s my biography pretty much,” Shane says, waving a flag for the perfect imperfection of our world. “I feel like Backslider is about being human, and I just want to say ‘Hey man, I screw up on a daily basis, and I can’t help it – but I’m gonna get up tomorrow and try to be better than I was. Does anybody want to do that with me?’”

A native of small-town Kentucky, that drive to make the world a little better comes naturally to Shane – and so does his high-energy sound. Raised in the Baptist church, some of his earliest (and fondest) memories come from singing hymns each week beside his Gospel-loving mother. She was the rock of the family, providing Shane with the drive and compassionate compass he now follows in his own music. But when they got home, it was his dad’s boombox that stole Shane’s attention, with the sound of classic rock and country helping pass the time.

Early touchstones like Dwight Yoakam, Steve Earle and John Fogerty joined Shane’s Gospel roots to form the bedrock of his taste – along with R&B classics like The Temptations and modern superstars like Eminem. And after a fateful Baptist revival came through town, he joined a band as a front man full of wild-eyed charisma. Soon they were rocking rowdy beer joints that suited his roughneck style, and at the same time, Shane began writing songs that were almost visual in their depth. But like so many others, he flew mostly under the radar … until “My Boy” first emerged.

Initially capturing attention with a viral social media moment, that has since become his signature smash, the song is currently Top 5 at country radio, putting Shane’s heart and soul on full display. Co-written with Russell Sutton, Lee Starr and Nick Columbia, it was born from tenderness and truth about the bond Shane shares with his stepson. Like his own dad predicted, that connection wasn’t part of Shane’s plan, but it delivered him right where he needed to be. And the song has done the same.

“I think it set the bar for a lot of honesty and authenticity,” he explains. “I was actually a little leery of putting that song out first, just because I grew up singing in rock bands and I’ve always loved edgy music … and life has been pretty edgy for me at times. I wanted to put something out there that represents the bigger picture of who I am – and it turns out I did, I just didn’t realize what it was.”

Like “My Boy,” Shane co-wrote each of the 15 tracks on Backslider, painting a sonic “bigger picture” of not just himself, but life in small-town America – just as gritty as it is graceful. Each song speaks to Shane’s life journey, revealing different chapters of his story with a sound as distinctive as its maker.