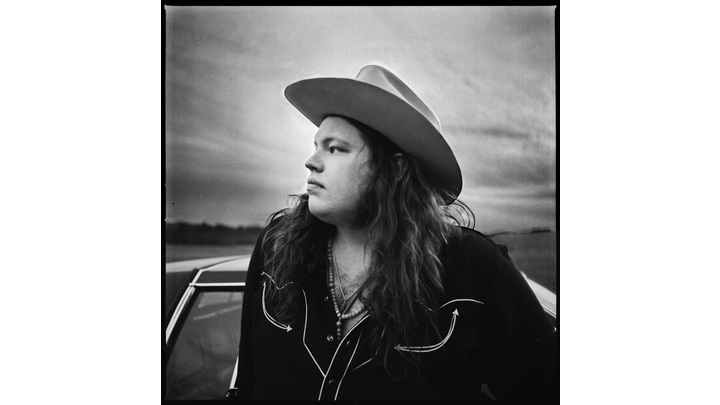 Marcus King’s debut solo record El Dorado is a Dan Auerbach produced, genre-bending release from a world-class young talent. A 23-year-old guitar phenom and innovative songwriter who can simultaneously switch from swaggering rock to supersonic soul - Marcus’ vocal powers take center stage on El Dorado, establishing him as one of the most soulful voices of his generation.

Bursting with charisma, talent and steadfast determination, last year the Greenville, South Carolina native put the pain of lost friends and broken hearts behind him and set out to Nashville TN. The album title El Dorado is in part, inspired by his new home. Marcus explains, “That’s how I see Nashville - the city of gold. I wanted to be closer to the source of music and opportunity.” Taking a leap of faith, he added, “I signed the lease agreement on the road for the house I rent without even seeing inside. When the universe speaks to you, listen.”

Moving to a new city is always a challenge, but for Marcus it was made a lot easier by having Dan Auerbach as a friend, who quickly introduced him to various key players in town and began collaborating with him at his Easy Eye Studio. Previously, the pair (along with Pat McLaughlin) co-wrote “How Long,” a track from The Marcus King Band’s most recent album Carolina Confessions, which saw Marcus begin to ease away from high octane blues-rock to focus on a more concise and soulful direction. “After ‘How Long’ we quickly became pals,” Marcus says. “I moved in December and we were working on El Dorado as soon as early 2019.”

The pair co-wrote the 12 songs in only three days. “Me and Dan are the same in that we like to get shit done,” added Marcus. “If I’m passionate about something I can work for hours straight.” Legendary writers joined them in the studio including Paul Overstreet, Ronnie Bowman and the aforementioned Pat McLaughlin. Auerbach also enlisted some of the most revered studio musicians in country and soul music history for El Dorado, including drummer Gene Chrisman and keyboard player Bobby Wood, two of the original members of the Memphis Boys, the house band at Chips Moman's famed American Sound Studio. Their renowned work includes Dusty Springfield’s "Son of a Preacher Man," Elvis Presley’s "Suspicious Minds," and hits by Bobby Womack, Joe Tex and many others.

On working with Marcus, Dan stated, "Marcus is known by so many as a phenom guitar player, and rightfully so. He’s regularly the best player in the room, hands down. I was equally blown away by the way he can sing - so effortless, so soulful, straight from the heart. He’s a naturally gifted writer too, which was clear right away. Everything for him is so innate – that’s why he can always go right to the heart of a song and connect in a deeper way. He’s really one of a kind and I’m proud I got to work alongside him on this record.”

On El Dorado, Marcus and Auerbach continue the shift away from King's guitar to his considerable gifts as a singer and songwriter. “I took a sweeter vocal approach to this record,” Marcus stated. “I grew up performing in bar rooms where the PA was insufficient, and the amplifiers were too loud. I was cutting the vocal for ‘Break’ which is almost a whisper and then Dan said… ‘We got a lot of vocals to recut - this is the sound.’”

Album opener “Young Man’s Dream” is a country folk tune with technicolor guitars shimmering over an irresistible gut-bucket groove. El Dorado’s first official single “The Well” with its fuzzy, electric-blues groundwork, rumbles down the highway like Marcus’ jet black El Dorado. Lyrics reflect on hard work and hard times. “When you have a $70 check go bad, you know times are tough,” Marcus recalls. “‘The Well’ for me symbolises the source of all my influences. It is everything that has happened to me to make me the man I am today.”

Marcus’ song writing, and vocal performance are the highlight of El Dorado. Each song vibrates with its own personality, given life by King's honeyed rasp, insightful words and always brilliant guitar work. He is romantic and slow-burning on "Wildflowers & Wine" and “Love Song” and vulnerable and personal on “One Day She’s Here,” of which he confesses was inspired by “my experience of inconsistent female presences in my life. Its about wanting to keep hold of them while you watch them slip away.” Marcus slides into the sultry '70s soul groove of "One Day She's Here" and tears up the country-funk on "Too Much Whiskey." On the delicate “Beautiful Stranger,” Marcus shines as a lyrical storyteller and demonstrates a subtle mastery of his voice.

On the album cover, Marcus stands by his beloved vintage Cadillac which helped him solidify his decision to title the album El Dorado. “The name just kept on coming to me like a neon sign on the highway,” he says. El Dorado took on additional significance for Marcus when he recently discovered it’s the name of the first guitar he ever fell in love with, his father’s El Dorado acoustic. “I remember at around three years old reaching out and grabbing at it.”

Marcus started learning guitar at age three or four. He has played professionally since he was 11 and always knew he wanted to make music his life. A fourth-generation musician, Marcus has followed in his family’s footsteps. His grandfather was a country guitarist, and his father continues to perform live. They are both influential figures in his life - his father watched him proudly as he recently made his Grand Ole Opry debut playing his Grandfather's guitar and dedicating his performance to him. “I think this would have been my Grandfather’s favorite record of mine so far.”

Marcus’ pursuit of music often made him feel like an outsider but equally provided comfort, especially when he was 13 and lost a friend during a tragic car crash. “She was the first girl I had feelings for, that was a really heavy moment, and writing songs was my expression.” He adds, “The kids at school were good folks, but we were worlds apart. I also had undiagnosed bipolar disorder and my appearance and interests were not embraced by my educators and their pupils. It kind of felt like being in prison and all I really needed to learn was music.”

From the start, Marcus earned rave reviews for his kinetic musicianship with The Washington Post describing him as a “guitar phenom” at age 20. Carolina Confessions, helmed by GRAMMY-Award winning producer Dave Cobb (Chris Stapleton, Sturgill Simpson), topped the Americana radio charts and received critical acclaim from the likes of VICE Noisey, NPR and Rolling Stone, who described him as an “electrifying rock performer.” Marcus also recently embarked on a string of dates with Chris Stapleton, who called him “one of his favorite artists” when he recently joined him onstage. The Marcus King Band founded in Greenville, South Carolina in 2013, is his honored foundation. Drummer Jack Ryan, bass player Stephen Campbell, trumpeter/trombonist Justin Johnson, sax/steel guitarist Dean Mitchell along with Marcus—bring an irreplaceable combination of commitment, craft and soul to their work and are one of the hardest working bands today. They have played 140 shows in the last year and sold out countless venues, including Brooklyn Bowl three nights in a row and Marcus’ namesake festival, The Marcus King Band Family Reunion. This year, the festival featured acts such as Jason Isbell & The 400 Unit, Yonder Mountain String Band, Josh Ritter, Amanda Shires, and many more.

Marcus King continues to re-write his fast moving and surprising story. You can hear change in the wisdom of his lyrics and deeply soulful vocals, the beautifully textured, nuanced song writing and the sheer musical command he brings to every track. A profoundly rewarding listening experience from beginning to end, El Dorado shows Marcus is an artist who came to Nashville in search of his sound and found it was waiting for him in his city of gold.