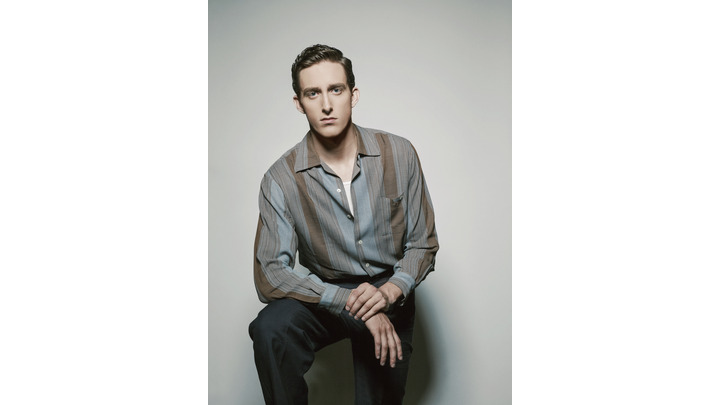 Dustin Ingram was born and raised in Southern California. Encouraged by is parents, who were also actors, Dustin began acting at the age five.

Dustin’s ability to embody and transform himself into any character has led him to portray some incredible roles. Most recently he joined the cast of the series “Sun Records” for CMT. In it, he plays Carl Perkins, one of father’s of Rock n’ Roll, and one of the members of the famed Million Dollar Quartet which also included Elvis Presley, Johnny Cash and Jerry Lee Lewis. Prior to that Dustin shot Martin Scorsese’s HBO ground breaking series, “Vinyl” in it he played legendary rocker Alice Cooper. He received numerous accolades from The NYC Times and magazines, as well as Alice Cooper himself calling Dustin to commend him on his spot on portrayal of him.

Dustin recently wrapped the Amazon series, “The Last Tycoon.” The 1930’s drama based on F. Scott Fitzgerald’s unfinished novel of the same name is about the studio heads rise to power and the conflicts along the way. In it, Dustin plays the recurring character “Wiley White,” the lot producer who has his eye on the studio Chief’s daughter. He starred in the horror film, “Cabin Fever,” in which he plays the role of “Bert,” a fun loving, irresponsible video gamer. He can also be seen in the independent feature film “Bar America,” in which he plays “Hank,” the troubled lead host of an extremely popular indie Youtube series.

Some of Dustin’s other features include the cult hit franchise “Paranormal 3,” and “Meet Monica Velour,” in which he played the lead and starred opposite Kim Cattrell.

Additionally, Dustin’s love of theatre has led him to star in many plays including, “Body Awareness,” in which he played the role of “Hank,” a young man who struggles with Asberger’s and is trying to navigate his life. The play, directed by Anne Kaufman was so well received that it won the

When he is not acting, he is writing music and performing in his one-man-band under the name Gypzïrafe.