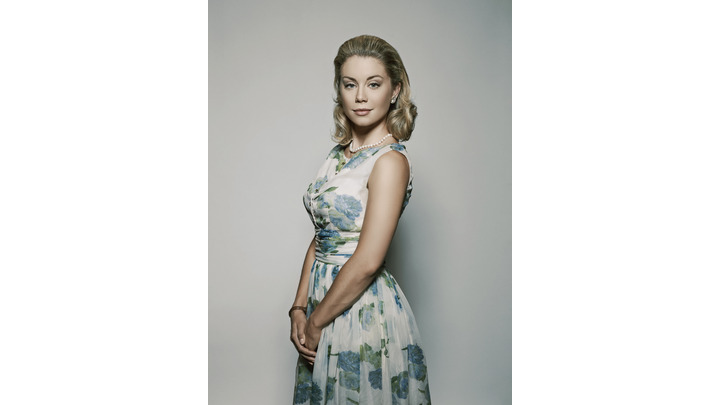 Sam’s dedicated wife, Becky tries to support and understand her husband. She struggles to find her own voice and identity, though, while being constrained by the expectations of the time period.

Jennifer Holland will next be seen starring in the highly anticipated series “Sun Records” which tells the story of the birth of rock ‘n’ roll through the eyes of Sun Records creator Sam Phillips (Chad Michael Murray). Holland plays his wife Becky, whose dedication and loyalty to her husband contributed to the success of his business.

Holland was born in Chicago, but moved around a lot as a child, attending several different schools in Illinois and Florida when she was young. She discovered an early talent in gymnastics, competing professionally until she was 12, ultimately realizing that it wasn't her future. Looking back, she believes gymnastics instilled in her an impeccable work ethic and appreciation for performing in front of an audience, leading her to where she is today. In high school she found her calling when she joined the drama program, and there was no looking back.

While still in high school she moved to Los Angeles to pursue acting, and soon began booking roles in film and television projects. Early in her career, she starred in the American Pie series film American Pie presents: The Book of Love. Other credits include the Anthony Zuiker (CSI franchise) created thriller Level 26: Dark Revelations, as well as numerous television series such as “American Horror Story,” “Rizzoli & Isles,” “Bones” “The Glades” and “Rush Hour,” among others. “Sun Records” marks her first series regular role, and she is excited to share the story of the real Becky Phillips, who was a strong, talented and driven woman.

When not on set, Holland pursues her love of photography and writing, and stays very active by hiking, doing pilates or running. She also loves animals and is excited to start a mini-farm at her new home.