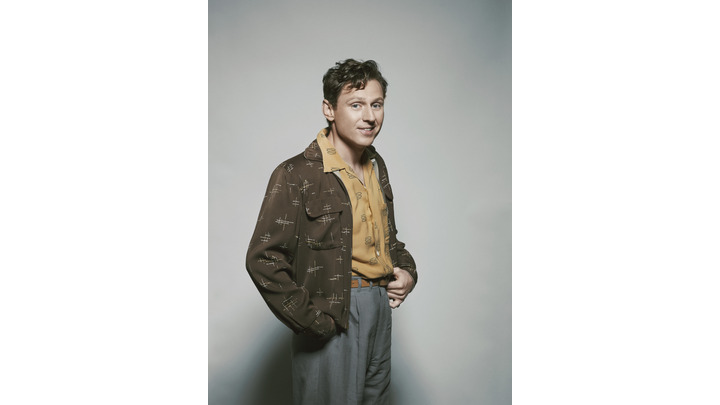 Unconventionally progressive, crazy and free, with a knack for entertaining and a great ear for music, Dewey Phillips runs one of the most popular radio stations in Memphis. He takes a liking to Sam when he arrives in town, and the two form a partnership to put good musicians in Sam's studio and on Dewey's station. They agree that music is not about color but about what excites folks, and each encourage the other to keep pursuing their dreams of bringing people together through music. Dewey can be a wild rogue, though, and his antics often go too far and get him into trouble.

Keir O'Donnell was born in Sydney, Australia and moved to Harvard, Massachusetts at the age of 10 where he remained for High School. After studying classical theatre and graduating from the conservatory, The HARTT School in Hartford CT, Keir did several plays at repertory theatres on the East Coast before relocating to Los Angeles.

His professional film career began when he won the role of Todd Cleary in the hit comedy WEDDING CRASHERS. Following that, he had supporting roles in THE BREAK-UP with Vince Vaughn and Jennifer Anniston, the documentary, VINCE VAUGHN’S WILD WEST COMEDY SHOW, and WHEN IN ROME with Josh Duhamel and Kristen Bell. Shortly after, he played the principal character known only as The Laugh in the horror film, AMUSEMENT and the following year, he was seen as the lead villain, ‘Veck Simms’, in the Sony hit, PAUL BLART MALL COP starring opposite Kevin James.

Keir has also been seen in eccentric and dynamic roles in various independent films including FLAKES with Zooey Deschanel, NOISE opposite Tim Robbins, TAKING CHANCES with Justin Long, THE RUNAWAYS with Kristen Stewart, and FREE SAMPLES with Jesse Eisenberg.

Keir was recently seen in the Fox blockbuster DAWN OF THE PLANET OF THE APES by director Matt Reeves, in the Blumhouse Productions thriller INCARNATE opposite Aaron Eckhart, and as Bradley Cooper’s brother in the Clint Eastwood directed Warner Bros. drama AMERICAN SNIPER. On the television side, Keir was seen playing the role of "Ben Schmidt" in Season 2 of the FX hit series FARGO.

Keir will next be seen in the feature film GIFTED directed by Marc Webb where he will be starring opposite Chris Evans.