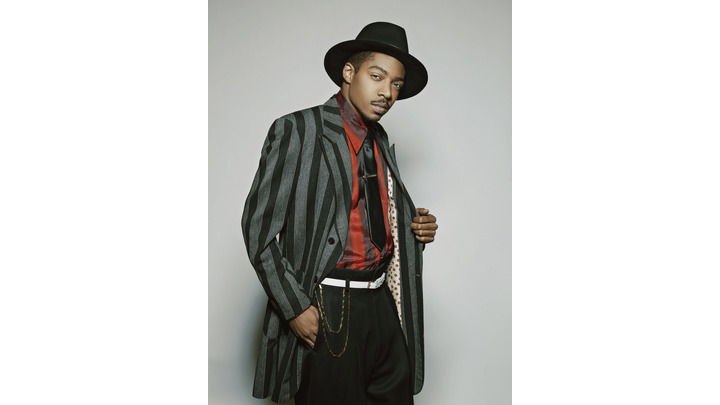 Ike and his band roll out of Clarksdale Mississippi with swagger and style to claim their fame in Memphis. But Ike’s thrown for a loop when he finds out he might not be the star of the show.

Kerry Holliday, 29, is an American actor and musician who stars in the new CMT television series “Sun Records,” based on the musical “Million Dollar Quartet,” set to broadcast in February 2017. Holliday plays a young Ike Turner in the series. This is his first foray into the acting world.

Born and raised in Memphis, TN, Holliday knew from a young age that music and performance was his passion. Holliday studied music in school, played saxophone in his high school and college band, eventually earning a Music Education degree from Bethel University in 2010. He taught middle school band for one year before leaving to follow his dream of being a professional musician. Additionally, Holliday is heavily involved with Memphis Music Initiative, a Memphis-based organization that involves local musicians and students to encourage and cultivate music education.

Holliday was discovered one night in early 2016 by “Sun Records” producers while playing his regular gig at Havana Mix, a famed Beale Street bar in downtown Memphis. He was approached by producers and asked to audition for the “Sun Records” TV series the very next day. Earning the part, Holliday jumped in head first to the acting world working closely with the director, as well as, his acting coach, Corey Parker, to prove his worth and portray the one and only Ike Turner in “Sun Records.”

A fan of many genres of music, especially jazz (heavily influenced by the likes of BB King, Grover Washington, Mike Phillips, John Coltrane, Charlie Parker, Sunny Rollins), the saxophone is Holliday’s instrument of choice, though he also dabbles with the trumpet, flute, electronic wind instrument, guitar, and a little piano. Holliday currently resides in his hometown of Memphis, TN with his wife, Satin, and plans to continue to pursue a career in acting.