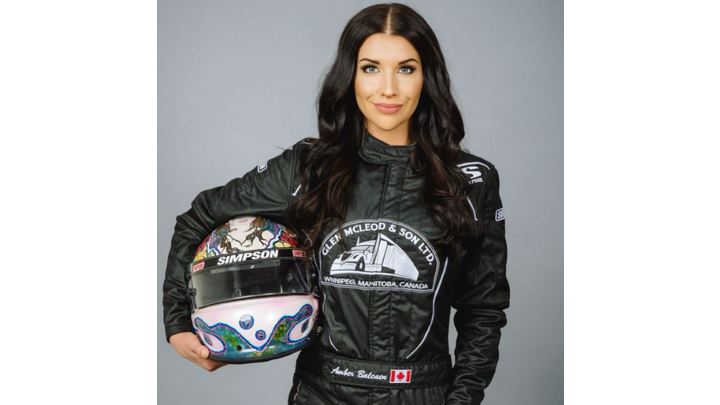 Amber Balcaen is a 3rd generation racecar driver from Winnipeg, Manitoba, Canada. In 2016, Amber made Canadian history when she became the 1st Canadian female to win a NASCAR Sanctioned race in the USA. At 27 years of age, Amber has successfully utilized her racing platform to be one of motorsport’s largest female influencers – Inspiring and motivating people around the world to pursue their dreams, break stereotypes and have a positive impact on society. In addition to driving racecars, Amber is an active motivational speaker, delivering Keynotes across North America. She is also the President of her own company, Amber Balcaen Racing Inc. (ABR). Amber is known as the “underdog of NASCAR”, as she grew up racing on the dirt tracks of Manitoba, overcoming much adversity to make her way into the NASCAR ranks.