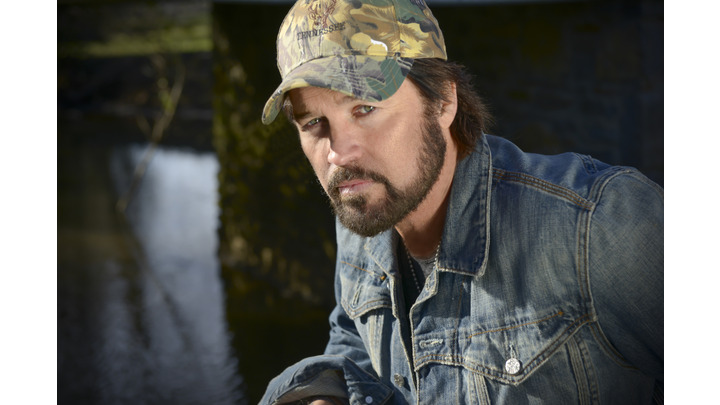 "Vernon Brown" - a washed up one-hit wonder turned Elvis impersonator who cons a small town into believing he’s a minister, while also trying to build a relationship with a former one-night-stand, and a daughter he never knew existed. Cyrus is represented by Paul Geary Management.

Throughout the course of nearly three decades, Billy Ray Cyrus has achieved international success as a singer, songwriter, entertainer, and philanthropist.  He has sold millions of albums, charted 35 singles, 16 of which are Top 40 hits and continues to receive critical acclaim as an actor, writer, and executive producer in film and television.

Cyrus was born in Flatwoods, Kentucky on August 25, 1961. His father, Ron Cyrus, was a steelworker who felt a calling to serve his fellow man and became a state legislator and the head of the Kentucky AFL-CIO. He spent 21 years in the Kentucky House of Representatives before retiring from office in 1996. Ron Cyrus was also an accomplished singer in the gospel southern quartet, The Crownsmen, where Cyrus first felt the power of harmonies. (Cyrus yearned to learn how to harmonize with himself and successfully did as he was recently given the title of “The country Freddy Mercury,” by fellow musician, Shooter Jennings in Rolling Stone magazine.) Additionally, his mother, Ruthie, played piano, his maternal grandfather, Papaw Casto, played the fiddle and his paternal grandfather, Papaw Cyrus, was a Pentecostal preacher. Regular family jam sessions were common in the Cyrus household and often dominated by country, gospel, and old standards.

Before music was a priority, Cyrus proved a talent for baseball, and attended Georgetown College on an athletic scholarship. Soon academics and baseball took a backseat to music after he first plucked a six-string. Inspiration called upon Cyrus and his brother to form a country-rock band called Sly Dog. In 1982 they landed a standing gig at an Ironton, Ohio roadhouse which convinced Cyrus to quit school and pursue music professionally.  After a fire burned down their home club as well as their gear in 1984, Cyrus dismembered Sly Dog and relocated to Los Angeles in hopes of kick-starting his career. Cyrus’ patience wore thin in California and he was led to pursue new opportunities.  He landed at the Ragtime Lounge in Huntington, WV where he would play five nights a week, and on his days off, he would make the drive to Nashville to try and score a ‘break’.

In time, Cyrus pulled the attention of legendary music manager, Jack McFadden.  Shortly after, Cyrus was invited to open before Reba McEntire in Louisville in 1990, where A&R men from Mercury Records were encouraged to attend and give him consideration. After seeing the crowd’s reaction to Cyrus’ set, they quickly offered him a recording contract. At that very time, Cyrus was quoted in a local newspaper article saying, “This is my Super Bowl,” referring to the fact that he was either going to win it or lose it.

Cyrus went on to make history with the debut of his studio album, Some Gave All. The album hit No. 1 on the Billboard album charts, where it held the position for 17 consecutive weeks; a record he still holds as a solo male artist.

Throughout the early 90s, Cyrus had a string of releases off the album that bulleted up the charts, including “Achy Breaky Heart,” “Could’ve Been Me,” “Where’m Gonna Live When I Get Home,” “She’s Not Cryin’ Anymore” and the title track, “Some Gave All,” which earned Cyrus the Bob Hope Award for Excellence in Entertainment.

Following encouragement from his dad, Cyrus began acting.  He landed a role in David Lynch's Mulholland Drive in 2001. Simultaneously, Cyrus continued to create music, but casting calls were plentiful. Not too long after, he accepted the lead role in a cable television series, Doc, in which he played Dr. Clint Cassidy, a physician from the Deep South who relocates to the bright and flashy New York City.

In 2006, Cyrus' daughter Miley was cast in the title role of the Disney situation comedy Hannah Montana as an ordinary teenager who beams as a pop star. Cyrus co-starred as her father and manager, Robby Ray Stewart.

Although he had become a sought after actor, he stayed committed as an always consummate singer-songwriter. As Cyrus put it, “I became an actor, but I was born a singer-songwriter from Flatwoods, KY. That’s who I am. I lived the music and I couldn’t help but write about it.” Behind the scenes, Cyrus continued to write. While watching Miley leave for California, he wrote “Ready, Set, Don’t Go,” which ultimately became a worldwide smash.

In between roles, Cyrus released Wanna Be Your Joe in 2006 and he also enjoyed chart success with the Hannah Montana album, which featured the father-daughter anthem "Butterfly Fly Away” as a duet with Miley.

A feature film, Hannah Montana: The Movie, spawned from the popular network show. Cyrus was a producer and was integral in bringing the movie to be shot on location in Tennessee.

In January 2011, Hannah Montana concluded after 101 episodes. The conclusion of his time with Disney lead Cyrus to reflect on his career and conduct his autobiography, Hillbilly Heart, which was released in April of 2013. The autobiography unveiled his tenacious struggle to claim peace with faith, family, and the power of music.

Combining much of his expertise, Cyrus appeared as the sharp lawyer, Billy Flynn, in the Broadway production of Chicago throughout the Hurricane Sandy devastation that hit much of New York City in late 2012. His next studio release, Change My Mind, was inspired by much of the disaster he witnessed during his time in the Big Apple.

Currently, Cyrus has numerous new projects in the works including the premiere of a new television series on CMT, “Still The King,” in which he shares writing and executive-production credits. Cyrus stars as the center role of “Burnin’” Vernon Brown, a one-hit wonder who becomes an Elvis impersonator after a wreck into an old country church outside of Nashville during a drunken bender, he is sentenced to return and perform community service. Along the way he pretends to be the congregation’s new minister and re-connects with a former one-night-stand (Joey Lauren Adams), only to discover he has a 15-year-old daughter he’s never met.

His expansive career highlights his talent to the utmost. An anticipated forthcoming studio album titled Thin Line is set to release this fall. Included on the album is “Hey Elvis,” a collaboration Cyrus re-invented with Bryan Adams and the legendary “Voice of Rock,” Glenn Hughes.

Around the world, it is without a doubt that Billy Ray Cyrus is a household name and will continue to be recognized through generations.