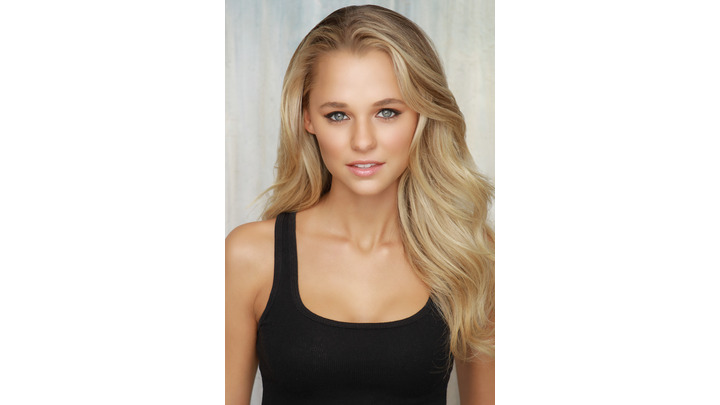 "Charlotte" - the smart, sarcastic and witty 15-year-old-daughter of Debbie and Vernon, who’s reluctant to let her absentee father into her life. Iseman is represented by Zero Gravity Management.

Madison Iseman, a South Carolina native, is a multitalented young lady who has immersed herself in everything from a presence in television and film to social media and YouTube. Most recently, she wrapped production on “Laid in America” alongside YouTube stars Caspar Lee and KSI; merging the worlds of digital and feature films together. Madison stars as ‘Kaylee’ who steals the heart of Casper’s character ‘Jack.’ The film also stars comedian Bobby Lee (“The Dictator”) and Angela Kinsey (“New Girl,” “Bad Judge”). Madison’s energy and infectious laugh are what fans are drawn to most, and they will see a lot more of her as she expands her YouTube channel with more content related to music, her secondary passion.

Madison discovered her interest in the arts in middle school when she became immersed in videography and photography, creating her own short films. There were limited theatrical opportunities in her hometown so she found her own outlets, participating in church choir and learning to play the violin and ukulele. She moved to Los Angeles when she was 16 years old to pursue her craft full time. Iseman’s very first project was a PSA that she filmed with “Hannah Montana” star Mitchell Musso. From there she continued to do independent and short films. Shortly after, she booked her first television role on the hit ABC series “Modern Family” as ‘Sam,’ the love interest for Nolan Gould’s character ‘Luke Dunphy.’ Madison continued acting in the independent film “Wild for the Night” with Bianco Santos and James Maslow, Nickelodeon’s “Henry Danger,” as well as “The Social Experiment,” and Awesomeness TV’s “Mahomie Madness” with Teala Dunn. Later this year fans will see her in the Halloween-themed films “Ghost Squad” and "Tales of Halloween.”

Music, acting, and digital are the ingredients that are combined to create Madison’s persona in the world. She looks up to John Mayer, Vance Joy and Jon Bellion for their incredible writing and producing skills, describing her own style as “acoustic, relaxing and nothing too fancy or over the top.” Nina Dobrev has her dream career with a show on the CW revolving around SciFi and romance, and she looks to Jennifer Aniston and Reese Witherspoon for their ability to be engaging, watchable and relatable. Madison’s digital presence is where she hopes to inspire and connect with her fans. She has tremendous enthusiasm for connecting with people all over the world through her social media outlets, and her YouTube channel holds center stage with fans tuning in for her music, Vlogs, Q&As and fashion. Madison’s talent was recognized by Seventeen magazine, and she was invited to create a fashion spread for the publication. Iseman is driven to create more digital content from the excitement she feels when fans react to her online posts. Her YouTube channel is a chance for her to act on her own terms, allowing people to see her personality and unique creative talents.