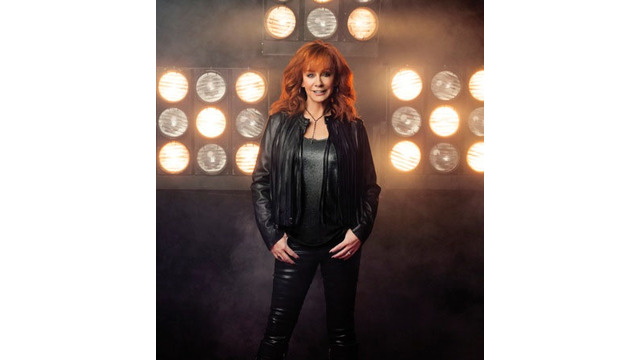 “I love that CMT invited me to ‘takeover’ the network for the weekend… it’s going to be fun! I can’t wait to share stories about LOVE SOMEBODY and walk down memory lane a bit,” said Reba. “I hope fans enjoy seeing some of my favorite career moments and even some of the questionable fashion choices.”

CMT will premiere “Reba and Friends Outnumber Hunger,” a one-hour special concert on Saturday, April 18 at 12pm ET/PT on CMT and CMT.com. The event will feature new music from “Love Somebody” as well as performances from other BMLG artists including Tim McGraw, Rascal Flatts, Florida Georgia Line, Eli Young Band and Maddie & Tae. Serving as the face of the 2015 Outnumber Hunger campaign, Reba will help raise awareness of the 49 million individuals struggling with hunger in America. For more on the initiative, visit www.OutnumberHunger.com or www.OutnumberHunger.CMT.com.

Reba will join Cody Alan as co-host for “CMT Hot 20 Countdown” on Saturday, April 18 at 9am ET/PT where she will look back at some of her biggest videos and best wardrobes, and be brutally honest with Cody about his acting abilities. Throughout the weekend, both CMT and CMT Pure will air Reba’s entire video catalog including “Fancy,” “Consider Me Gone,” “Because of You” and her current smash “Going Out Like That.” The weekend also includes a marathon of her best-loved episodes from the hit series, “Reba,” on Saturday from 1pm-8pm ET/PT, and Reba will rank her Top 10 quotes from the show on Facebook page and via @CMT on Twitter.

Leading up to her takeover weekend, Reba will be the featured guest on “CMT After MidNite,” “CMT Radio Live” and “CMT All Access” with Cody Alan. Fans can keep up with Reba’s takeover weekend on social by following @CMT on Twitter using #CMTRebaWeekend, or on CMT’s official Facebook page.

ABOUT REBA:
Reba’s 27th studio album “Love Somebody” is slated for release April 14 on Nash Icon Records and features “Going Out Like That,” which quickly shot to #1 on the iTunes Country Top Songs charts in the US and Canada upon release and scored her biggest single sales debut ever. Throughout her illustrious career, Reba has achieved a rare pinnacle with 35 #1 singles at radio, over 56 million albums sold worldwide and a spot in the upper echelon of #1 album debuts in the Country genre. The Country Music Hall of Fame inductee and first-ever Billboard Woman of the Year, has won a plethora of industry awards from the American Music Awards, ACM Awards, People’s Choice Awards, CMA Awards and Grammy Awards. She will be honored with 50th Anniversary for Most Awarded ACM Female Vocalist Of The Year and perform during the ACM Awards, airing April 19 on CBS. As a multi-media entertainment mogul, Reba has become a household name with a successful empire that spans across music, television, film, theater and retail. The Oklahoma native is a renowned actress with11 movie credits to her name, a bonafide Broadway star, and has even starred in her own television series — twice. This year marks the 10th anniversary of Reba’s flourishing lifestyle brand – clothing, shoes, luggage, home goods – with retail partner Dillard’s. This summer, she teams up with friends and collaborators Kix Brooks & Ronnie Dunn for a one-of-a-kind residency in Las Vegas. Initial response to REBA, BROOKS & DUNN: Together in Vegas at The Colosseum at Caesars Palace this summer was so strong that extra dates have already been added. For tour dates and more, visit Reba.com.
www.cmtpress.com